TikTok appears to reach US deal with Oracle, Walmart 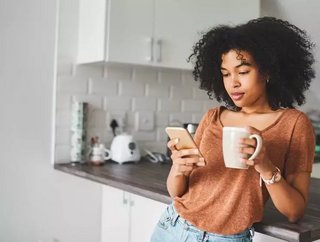 Video-sharing app TikTok and its owner ByteDance have reached an agreement that will allow the app to continue operating in the US...

Video-sharing app TikTok and its owner ByteDance have reached an agreement that will allow the app to continue operating in the US.

The app, which has 45.4 million users in the United States, is the sixth largest social media app worldwide above the likes of Twitter, LinkedIn and Reddit thanks to its 800 million users. Its owner, ByteDance, is meanwhile the world’s most valuable technology unicorn, at $140bn.

It has been embroiled in controversy ever since a ban on the app was first mooted on 7 July, since which time a number of suitors have been suggested as possible buyers of its US business, including Microsoft and Oracle.

The deal received President Trump’s blessing over the weekend, while it still needs to be approved by the US government.

Nevertheless, TikTok claimed victory, with interim CEO Vanessa Pappas issuing a statement saying: “We're pleased that today we've confirmed a proposal that resolves the Administration's security concerns and settles questions around TikTok's future in the US. Our plan is extensive and consistent with previous CFIUS resolutions, including working with Oracle, who will be our trusted cloud and technology provider responsible for fully securing our users' data.”

The deal has come down to the wire, with the Commerce Department on Friday issuing a press release saying it was prohibiting transactions and accusing TikTok of collecting “vast swaths of data” and being part of “China’s civil-military fusion”.

In related news, a US judge has blocked the associated attempt from the US government to ban Chinese messaging and payments app WeChat. The Tencent-owned app was granted the reprieve after a group of WeChat Users in the US challenged the ruling on the basis of free speech.