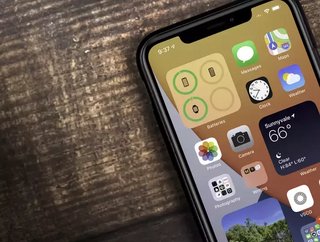 This year, Apple was named the world’s most valuable company, we take a look at the technology giant’s growth from its founding

Apple Computers, Inc, was founded in 1976 by Steve Jobs and Steve Wozniak. The company’s first product was Apple I personal computer. In the following year, it released the Apple II.

In 1980 Apple conducted an initial public offering of 4.6 million shares at $22 per share. Three years later in 1983, the company introduced the Lisa, a new brand of personal computer.

1984 saw the introduction of the Macintosh computer via a futuristic advert that aired during the Super Bowl.

After a disappointing run, Apple discontinued the Lisa in 1985. Jobs also left the company in this year.

The Christmas season of 1989 is the first in the company's history to have declining sales, which led to a 20% drop in Apple's stock price

The 1990s - the introduction of more Apple products

In October 1990, Apple introduced three lower-cost models, the Macintosh Classic, Macintosh LC, and Macintosh IIsi. All of these products saw significant sales due to pent-up demand.

Apple, IBM, and Motorola formed the AIM alliance in 1994 with the goal of creating a new computing platform, which would use IBM and Motorola hardware coupled with Apple software.

At the end of 1996, Apple bought Jobs’ company NeXI Software. The following year, in the wake of corporate shakeups and a sales slump, Apple welcomes Jobs back as interim CEO.

The Safari web browser, along with iTunes Music Store, was released in 2003.

Just three years later, the company rolled out its first Intel-based computers, the iMac and the MacBook Pro.

Mid 2011 saw the launch of iCloud, an online media storage system. A couple of months later Jobs resigned as CEO of the company and was replaced by Tim Cook. Sadly, in the same year, Steve Jobs lost his fight against cancer and died in October 2011.

In 2013 iTunes reached a milestone of 25 billion songs sold.

The next year, Apple announced a deal to buy Beats for $3bn. Also in 2014, Apple unveiled the Apple Watch, a wearable device.

Just two years after selling 25 billion songs on iTunes, Apple steps up its efforts in the music space and unveiled Apple Music in 2015, a streaming music service, live radio station and social network.

Pushing the boundaries of mobile phone technology, Apple unveiled the iPhone X in 2017 with facial recognition, no home button, a 3D camera and wireless charging. At the end of this year, the company had to apologise to customers for how its new update slowed down older iPhones.

At the end of 2019, Apple announced Apple TV+, a subscription streaming service containing original programming. In the same month, the company also announced a $2.5 billion financial package to help address the housing crisis in California.

To support the fight against coronavirus, Apple teamed up with Google to contact trace COVID-19 in 2020.

It was also in this year that Apple's share price briefly topped $467.77, making Apple the first US company with a market capitalisation of $2 trillion.