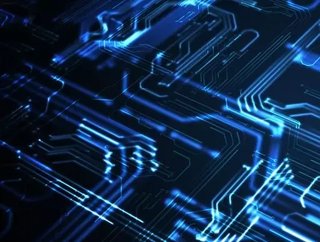 Frost & Sullivan outlines its top predictions for growth in the sensor and automation markets for 2021...

Automation lies at the core of digital transformation, and our ability to automate is being harnessed through increasingly sophisticated sensors. Consultancy Frost & Sullivan has put together a list of the five biggest growth opportunities in automation and sensors for 2021.

Its report – Top 5 Technology Growth Opportunities in Sensors and Automation for 2021: what you need to know – suggests the key trends in sensor technology are miniaturisation, multi-parameter, and wireless sensing, while manufacturing systems are become smarter through intelligent data analysis and employing robots that work side-by-side with humans (cobots). It also points to improvements in ‘cognitive manufacturing’ with enhanced asset performance management, enhanced quality, resource optimisation and efficient supply chain management.

Sensor fusion, says Frost & Sullivan, will be at the heart of connected living, which combines smartphones and internet-connected appliances to create intelligent responses to environmental, geographical and human inputs. However, the report motions that beyond the smart doorbell, sensor fusion could be critical to military and defence applications and healthcare, as well as consumer electronics.

Sensors play a driving role in advanced driver assistance systems (ADAS), and the improvement of sensors and the interpretation of their data is critical in the journey towards truly autonomous vehicles. The reports authors suggest that beyond the futuristic thrill of being driven, the technology has serious applications for safety and independent transport for the infirm or visually impaired. It also hints at the large amount currently being invested in taxi-style services using autonomous fleets.

The ongoing development of industry 4.0 is another growth area for 2021, according to the report, which cites an increase in sensor-led machine-to-machine communication, and the concept of machines knowing their physical environments, even as they adapt with moving parts and other machinery. “Sensors in Industry 4.0 are able to sense objects, processes, products, or environmental conditions to enable improved data sharing, connectivity, higher levels of automation, and mass customization,” it says.

The rise of the cobots – robots that work alongside humans without defined environmental boundaries is a key growth area, according to Frost & Sullivan. It points to ecommerce warehouses where cobots enable more efficient operation working alongside the regular warehouse staff. Sensory improvements in environmental awareness and tactility are driving factors.

Realtime analysis of data lies at the core of efficiency improvement, says the report. It goes on: “Cognitive manufacturing enables interaction between humans and machines in an industrial environment. It provides machines with cognitive capabilities and enables them to perform tasks that are normally possible only by humans. This includes cognitive technologies such as speech recognition, decision making, and translation between languages.”