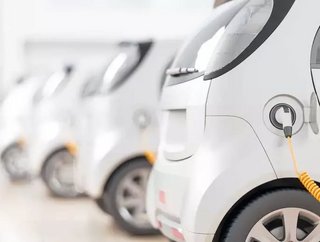 Japanese giants Toyota and Panasonic have announced a joint venture dedicated to building batteries for use in electric vehicles. The batteries will sp...

Japanese giants Toyota and Panasonic have announced a joint venture dedicated to building batteries for use in electric vehicles.

The batteries will specifically be prismatic lithium-ion batteries. The utility of lithium-ion batteries used in so many different technologies was recently confirmed by the awarding of the Nobel Prize in Chemistry to three figures crucial to the technology’s development. The name refers to the use of Lithium in its more stable ion form rather than as a metal, with the material having a high energy density well suited to use as a battery. Lithium ions flow between electrodes in the battery, producing power while not being chemically changed, ensuring the long life necessary for inclusion in consumer electronics.

‘Prismatic’ refers to the type of cell being used, with prismatic cells being small and modular thanks to their wrapped construction, making them ideal for use in electric vehicles.

In a statement put out by the two companies, they emphasised the move’s relation to broader pushes for sustainability, saying: “Batteries―as solutions for providing energy for automobiles and various other forms of mobility, and as solutions for various kinds of environmental issues―are expected to fulfill a central role in society going forward―a role that supports people's lives.”

The joint venture is set to begin operation on 1 April 2020 and be majority owned by Toyota with 51%, with Panasonic taking the remaining 49%. It’s name will be the slightly arcane ‘Prime Planet Energy & Solutions, Inc.’.

Toyota is increasingly active in the electric vehicle space, having established a goal for half of all global sales to be ‘electrified’ vehicles by 2025. This new joint venture will not just manufacture batteries for Toyota’s vehicles, however, with the companies also offering their products to competitors.

Panasonic, meanwhile, has committed to the Climate Group’s RE100 group, meaning it intends to use entirely sustainable sources of electricity and run its operations with net zero emissions by 2050.