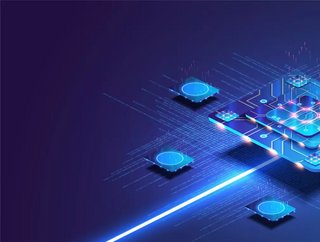 Taiwan Semiconductor Manufacturing Company (TSMC) and Sony have officially entered into a joint venture to build a new $7 billion fab in Japan, with the goal of mass-producing chips in that facility by 2024.

The two companies will work together to establish a factory in Kumamoto, which will be TSMC’s first-ever chip fab in the country. The construction is scheduled to begin in 2022 and finish by 2024, create 1,500 high-tech jobs, and produce 45,000 12-inch wafers per month.

TSMC said the initial funding would be around $7 billion, some of which would be provided by the Japanese government. Sony will invest $500 million, representing a 20% equity stake in the project, according to a statement published by the companies.

“The digital transformation of more and more aspects of human lives is creating incredible opportunities for our customers, and they rely on our specialty processes that bridge digital life and real life,” said Dr. CC Wei, Chief Executive Officer of TSMC. “We are pleased to have the support of a leading player and our long-time customer, Sony, to supply the market with an all-new fab in Japan, and also are excited at the opportunity to bring more Japanese talent into TSMC’s global family.”

The factory is set to be near an existing plant owned by Sony and produce 22 and 28 nanometre chips, to help meet the demand for components like image sensors and automotive microcontrollers.

The semiconductor chip shortage that is key to the production of products ranging from cars and computers to appliances and toothbrushes will extend into 2022 and potentially beyond that, the CEO of semiconductor company Marvell Technology said.

“While the global semiconductor shortage is expected to be prolonged, we expect partnership with TSMC to contribute to securing a stable supply of logic wafers, not only for us but also for the overall industry. We believe that further strengthening and deepening our partnership with TSMC, which has the world’s leading semiconductor production technology, is extremely meaningful for the Sony Group,” said Terushi Shimizu, President and CEO of Sony Semiconductor Solutions Corporation.

In June, Japan approved a $338 million semiconductor research project that will see TSMC develop new chip technology in the country, with over 20 Japanese companies taking part too. The government agreed to fund half the research project, which will focus on 3D chip assembly to allow the creation of components that are more dense but still small, to try and boost the country’s competitiveness in this sector.