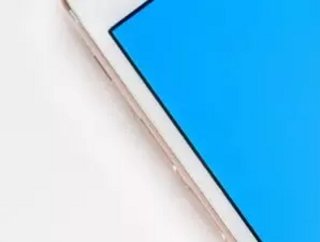 Twitter has rolled out its Bitcoin tipping feature that will now allow users on the social media platform to send and receive tips in the cryptocurrency.

The platform is also looking to authenticate non-fungible, or interchangeable, tokens displayed on users’ profiles to determine if the user actually owns them.

The bitcoin tipping feature, which has already been made available to select users earlier on this year, will first be available to iOS users before it launches in Android.

The company is also adding more payment services to the seven it currently has, which include PayPal and Venmo. In terms of Bitcoin, Twitter will be using payment application Strike, which is built on the Bitcoin Lightning Network.  According to the company, this enables users to send and receive bitcoin free and instantly.

Strike is currently available to people in El Salvador and the US, but excludes Hawaii and New York.

The Twitter "Tip Jar" feature was first rolled out in May as a way to help creators earn income based on their contribution to public discourse, Twitter said. The social media giant added that this was an ‘important incentive for meaningful conversations while giving more people more ways to interact with the content they love.’

CEO and founder of Twitter, Jack Dorsey, is among the biggest advocates of the digital asset. He has been vocal about his commitment to bitcoin both through his Twitter account and in public appearances. In August, Dorsey announced his plans to build an open platform to create a decentralised exchange for Bitcoin through TBD - his new business venture.

As for the Non Fungible Tokens, Twitter added it is looking into how to ensure artworks showcased are genuine. It says it still has no concrete plans but is ‘currently exploring different ideas’.

When people buy NFTs, they gain the rights to the unique token on the blockchain, not the artworks themselves. But the fact that the information on a blockchain is next to impossible to alter makes NFTs appealing, in particular to collectors and artists.

Another feature the company has also just announced is Super Follows, a monthly subscription service that will allow creators to charge fees for access to premium content.