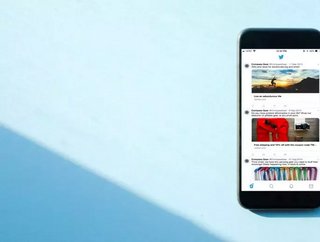 Twitter has released strong results for the fourth quarter of the 2019 fiscal year. Get ready for some statistics. By the end, you’ll at least know yo...

Twitter has released strong results for the fourth quarter of the 2019 fiscal year. Get ready for some statistics. By the end, you’ll at least know you mDAU (monetisable daily active usage) from your CPE (cost per engagement).

“2019 was a great year for Twitter,” said Jack Dorsey, Twitter’s CEO in a press release. “Our work to increase relevance and ease of use delivered 21% mDAU growth in Q4, with more than half of the 26 million mDAU added in 2019 directly driven by product improvements. Entering 2020, we are building on our momentum -- learning faster, prioritizing better, shipping more and hiring remarkable talent. All of which put us in a stronger position as we address the challenges and opportunities ahead.”

Other highlights of the news included the detailing of the makeup of Twitter’s revenue. Topping $1bn for the first quarter, Twitter said that $885mn came from advertising revenue, with total engagement up 29% and CPE down 13%. Twitter also revealed that its US revenue had grown by 13% year-on-year, while Europe was up only 3%.

“We reached a new milestone in Q4 with quarterly revenue in excess of $1 billion, reflecting steady progress on revenue product and solid performance across most major geographies, with particular strength in US advertising,” said Ned Segal, Twitter’s CFO. “We continue to see tremendous opportunity to get the whole world to use Twitter and provide a more personalized experience across both organic and promoted content, delivering increasing value for both consumers and advertisers.”

Twitter beat out its rival Facebook, which published its earnings last week. Judged a disappointment, due in part to rising costs and expenses affecting the operating margin, the results led Facebook’s stock to drop 7%. Twitter’s share price, meanwhile, rose 8% on the strength of the report, a welcome contrast to the 20% plunge that resulted from its last quarterly earnings.