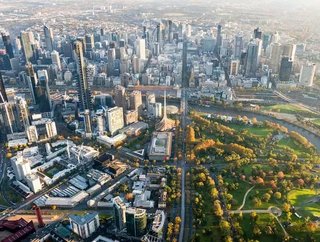 Ubiquitous ridesharing platform operator Uber has announced that it has added Melbourne, Australia to its list of trial cities for its upcoming Uber Air...

Ubiquitous ridesharing platform operator Uber has announced that it has added Melbourne, Australia to its list of trial cities for its upcoming Uber Air service.

Joining Dallas and Los Angeles in the US, Melbourne will play host to Uber Air’s vision for safe and quiet airborne vehicles that will circumvent and simultaneously help to alleviate congestion in major cities.

Test flights are due to begin in 2020, with a launch of commercial operations slated for 2023.

“Today, over 3.8 million Aussies regularly use Uber as a reliable way to get from A to B, and governments across the country have recognised the important role ridesharing plays in the future of transport for our cities.”

“For example, the 19 kilometre journey from the CBD to Melbourne airport can take anywhere from 25 minutes to around an hour by car in peak hour but with Uber Air this will take around 10 minutes.

“Uber’s technology is changing the way people move around their cities — from bikes to pooled rides, we are always looking for ways to reduce the need for private car ownership. In the coming years, with Uber Air, we want to make it possible for people to push a button and get a flight.”

In the press release, Uber added that it has partnered with Telstra, Macquarie and Scentre Group who will each support the development of the necessary infrastructure for Uber Air to find success.