Uber is merging its Russian business with Yandex 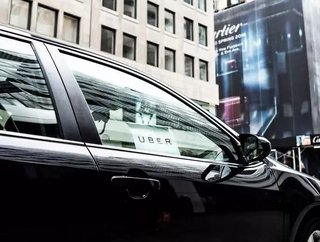 Controversial US ride-hailing firm Uber has announced that it will be merging its Russian business with the "Google of Russia" in a bid to conquer more...

Controversial US ride-hailing firm Uber has announced that it will be merging its Russian business with the "Google of Russia" in a bid to conquer more of the Eastern European market.

Yandex - also a ride-hailing company - will own 59% of the combined company and is currently twice the size of Uber, according to data released to investors.

The agreement comes after Uber had spent the last two years investing heavily into Russia and surrounding countries in a bid to oust Yandex, which subsequently fuelled a price war between the two competitors.

Ultimately, the more-established Yandex was winning the battle but this merger will see the two companies working together and secures them a 6% share of the Russian taxi market - a move called a "tremendous opportunity" by Yandex's chief financial officer Greg Abovsky.

Together, they deliver around 35 million rides each month in Russia alone, with further growth expected in countries such as Azerbaijan, Belarus and Kazakhstan.

Uber is currently trying to recoup losses sustained whilst trying to break into the Chinese market: an estimated $2bn was spent unsuccessfully on the business before being sold off to Didi Chuxing in 2016.

As well as this, Uber entered crisis mode with the departures of big names in their boardroom, notably founder and CEO Travis Kalanick who was outed by a shareholder revolt.

In February 2017, a blog post by former employee Susan J Fowler went viral after it exposed a "sexist" workplace and the "bro culture" that allegedly thrived under Kalanick's reign.