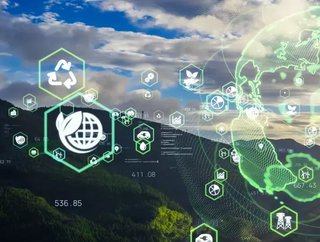 The UK Government announced today a £166.5 million funding boost for green technologies as part of plans to create 60,000 jobs across the country.

The multi-million pound investment, awarded to innovators, businesses, academics, and heavy industry right across the UK, will accelerate the delivery of ‘the critical game-changing technologies needed to further drive Britain’s climate change ambitions.’

The government explained that the money will help develop technologies in carbon capture, greenhouse gas removal, and hydrogen, while also helping find solutions to decarbonise the UK’s polluting sectors including manufacturing, steel, energy, and waste. The government believes the investment will help put the UK at the forefront of the green technologies of the future, while supporting British industries to lowers costs, remain competitive and protect jobs as they improve their energy efficiency and transition to a green economy.

Energy Minister Anne-Marie Trevelyan said: “We are determined to tackle climate change and make it win-win for both our planet and our economy. Today’s major cash boost – targeted at our most polluting industries - will encourage the rapid development of the technologies we need to reign in our emissions and transition to a green economy, one that reduces costs for business, boosts investment and create jobs.

“Just 6 months ago, the Prime Minister set out a clear 10 Point Plan for creating and supporting up to 250,000 British jobs as we level up and build back greener from the pandemic. Today we’re boosting our armoury for the fight against climate change and backing innovators and businesses to create green jobs right across the United Kingdom.”

The new announcement brings the UK closer to delivering on these commitments set out by the Prime Minister and includes things such as: