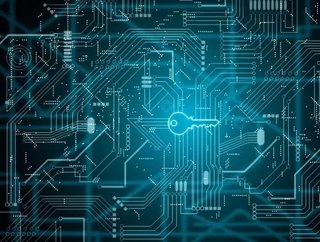 Three police departments in the UK have each spent over $13,000 on the new ‘iPhone busting’ GrayKey, a small, square box with two lightning ports, r...

Three police departments in the UK have each spent over $13,000 on the new ‘iPhone busting’ GrayKey, a small, square box with two lightning ports, reportedly capable of forcibly unlocking “almost all iPhone models, even those running Apple's latest mobile operating software iOS 11”, according to tech news outlet Motherboard and a report from WIRED UK.

The GrayKey is manufactured by American tech startup Grayshift, and can reputedly unlock the most modern iPhones in “about two minutes”. The company launched its Graybox product in March, 2018, a week after Forbes reported on the claim of Israeli U.S. government manufacturer Cellebrite that it could unlock the latest Apple iPhone models. Forbes admitted in March: “The marketing doesn't reveal just what iOS vulnerabilities GrayKey exploits to unlock iPhones.”

Forbes also raised questions at the time concerning the longevity of Grayshift’s business model which differs from Cellebrite in that the latter is asking law enforcement to send in devices to its labs, continuing that “it could be possible for security researchers or Apple engineers to get hold of the GrayKey and determine what vulnerabilities it uses”.

Read the latest edition of Gigabit

Expert insight: Why businesses must re-educate on cybersecurity policies

Beyond regulation - tackling cybersecurity in the long-term

After viewing UK Police financial records, WIRED concluded that Grayshift had sol three GrayKey devices to police departments in the UK in the past three months.

“It is believed to be the first time that UK public authorities have purchased the firm's technologies and follows high-level interest from law enforcement in the US.”

Nottinghamshire police have stated that the new tech will "reduce the need to send phones to Leicestershire for unlocking". The department spent $13,000 on GreyKeys, alongside Derbyshire departments, whereas Lancashire Police have reportedly purchased the GrayKey system on a four-year contract for over $60,000, demonstrating the Service’s faith that Grayshift will remain relevant.

Spokespeople from the Nottinghamshire and Derbyshire constabularies said of the purchase: "Bypassing security on digital devices is a daily requirement for which Nottinghamshire Police use a range of tools and techniques from several different suppliers", and that GreyKey "is part of a suite of tools used to complete criminal investigations".