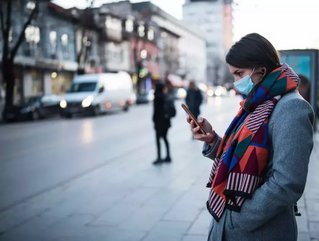 While vaccines for the ongoing COVID-19 pandemic remain in development, one of the most powerful tools is the art of contact tracing.

Contact tracing is a long established tool in the field of outbreak control involving researching the movements of an individual confirmed to be infected and then contacting those who may have come into contact with her.

Usually a manual endeavour, the sheer scale of the global pandemic has led to countries and tech companies pioneering new methods of tracing using that ubiquitous piece of technology in all of our pockets: mobile phones.

Using bluetooth signals sent periodically, an application can log the period of time in which the user has been in contact with others who also have the app. If someone then notifies the app that they have received a positive COVID-19 test, anybody who has recently been in contact will be alerted.

The UK’s app will tell users to self-isolate for 14 days in such an eventuality, and is also capable of identifying outbreak hotspots. All over-16s in England and Wales are being advised to download the app, which includes complementary features such as the overall level of risk in the user’s local area and a symptom checker.

While the basics remain the same, there are numerous approaches to providing such apps. Back in June, the UK switched its approach to developing the app from a centralised to a decentralised model favoured by tech companies such as Apple and Google after privacy fears were raised.

That means any data is processed on the user’s phone anonymously, rather than being sent to a central database.

Germany’s solution, which was developed by Telekom and SAP, has been up and running for 100 days, but its effectiveness has recently been questioned.