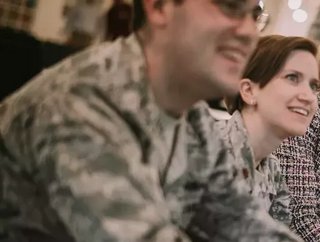 It has recently been announced that Lauren Knausenberger has been promoted to Deputy Chief Information Officer of the United States Air Force...

It has recently been announced that Lauren Knausenberger has been promoted to Deputy Chief Information Officer of the United States Air Force.

Lauren’s journey at the United States Air Force started back in June 2017, when she was the Director of Cyberspace Innovation, after two years in this position her C level journey commenced as she was promoted to the Chief Technology Officer and now, the Deputy Chief Information Officer.

Before joining the government organisation, Knausenberger was the Founder and the President of a leading consulting company, Accellint. The company specialises in solving problems of national security importance and investing in commercial technologies that could be applied to a government mission, this experience allowed for her vast success in the Air Force.

Stepping into this new role, Lauren will be responsible for commanding the SAF/CN office, leading the department’s enterprise IT, cybersecurity and digital transformation initiatives. In a recent interview, Knausenberger has expressed her excitement for this new role and says that in the new role she intends to “stay true” to her reputation as a change agent, accelerating digital transformation and innovation and taking calculated risks. When talking about the new chapter in her career, Knausenberger said “The past three years serving in the Air Force have genuinely been the most fulfilling of my entire career”

Knausenberger has highlighted the importance of empowering every airman digitally. She stresses the deep significance of digital transformation as she says “Here’s the thing. We’re 10 years behind,” she said. “Our adversaries are investing heavily in technology and talent, and IT is the foundation of everything that we do, from business systems to classified warfighting networks to air platforms. And what we do now will determine whether we lead as a military and as a nation, especially with regard to rapidly enabling AI and leveraging machine-driven insights.”

Earlier this year, we sat down with Lauren to discuss the cybersecurity strategies and the superhero culture transforming operations at the United States Air Force. Read the exclusive interview below.