US Lawmakers Try to Break Up Big Tech 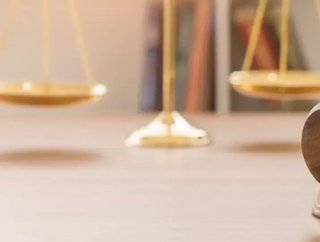 The House of Representatives has had enough. It’s time for legislation to rein in the power of Google, Apple, Amazon, and Facebook

On Friday, the U.S. House of Representatives decided that Big Tech companies have been engaging in monopolistics practices for far too long, buying up or crushing smaller companies and steadily growing more and more dangerous to civilian freedoms. In a 24-17 vote, the committee approved the report, though the companies in contention—including Apple, Amazon, Facebook, and Google—deny that they’ve done anything wrong.

This is the first time that Congress has seen fit to review Big Tech’s business practices and slap on restrictions. “Right now, unregulated tech monopolies have too much power over our economy”, Representative David Cicilline said. “They are in a unique position to pick winners and losers, destroy small businesses, raise prices on consumers, and put folks out of work”. He added: “This monopoly moment must end”.

What’s the Problem with Monopolies?

Basically, anti-trust laws were created in the first place to help protect consumers. If monopolies exist, businesses can take advantage of captive buyers. For example, if Alphabet charges US$300 dollars for a certain cloud service, other small companies and startups might try to offer better, less expensive options—say, US$270 dollars for a comparable service. But if Alphabet buys up all five, or ten, of its major competitors, all of a sudden it could agree to fix the price at US$400 or even US$500 dollars.

This all started a long time ago.

What antitrust laws did in the past, and what they aim to do in the future, is to ensure that businesses operate efficiently, offer reasonable prices, and try to create the best product possible.

The bipartisan committee ruled that major tech companies have abused their power and taken advantage of U.S. consumers. Five bills might change that. First, tech platforms can’t own smaller companies that operate on their platform if they compete with other businesses. This might prevent YouTube videos from appearing in Google’s search results.

Second, platforms can’t give preference to their own products—think of Amazon offering Prime promotions and free shipping, in addition to top rankings in search results. Third, platforms won’t be able to complete mergers with any smaller competitors, and fourth, platforms will have to allow consumers to transfer their data elsewhere.

Finally, the last bill will give federal agencies such as the Justice Department and the Federal Trade Commission more money to keep a close eye on Big Tech. Not all stakeholders are convinced that this is the right angle. “Bills that target specific companies, instead of focusing on business practices, are simply bad policy...and could be ruled unconstitutational”, said Neil Bradley from the U.S. Chamber of Commerce.

But there’s no turning back now. “There’s not much Republicans and Democrats agree on these days”, said a House aide. “But we agree we need to tackle this crisis”.