US Utility Excel announces commitment to go carbon-free by 2050 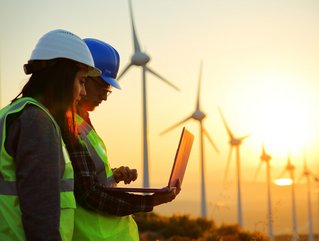 Xcel energy, one of the top 10 US energy utilities, according to Statista, announced this week its commitment to becoming completel...

Xcel energy, one of the top 10 US energy utilities, according to Statista, announced this week its commitment to becoming completely carbon-free by 2050, Vox reports. The announcement also announced the company’s plans to achieve an 80% reduction in carbon emissions by 2030.

Based in Minneapolis, Xcel serves 3.6mn customers across Colorado, Michigan, Minnesota, New Mexico, North Dakota, South Dakota, Texas, and Wisconsin. One of the reasons behind Excel’s industry leading initiative is consumer demand. Ben Fowke, Excel CEO said following the announcement: “When your customers are asking for this over and over… you really do listen. Boulder, the city of Denver, Breckenridge ... Pueblo, they’re considered or they have already decided that they want to pursue 100 percent renewable.”

According to Vox, “renewables are on the rise in the West, popular with politicians, cities, corporations, and ordinary ratepayers. It is to Xcel’s benefit to get ahead of the curve and give the people what they want.”

Excel’s pledge of carbon-neutral energy is different from a pledge to renewable energy. “The difference is that carbon-free includes not only renewables but also advanced nuclear power plants and fossil fuel power plants with carbon capture and sequestration, either of which Xcel may end up needing to get to 100.”

The company addressed this in its press release, saying “the company believes that its 2030 goal can be achieved affordably with renewable energy and other technologies currently available. However, achieving the long-term vision of zero-carbon electricity requires technologies that are not cost effective or commercially available today. That is why Xcel Energy is committed to ongoing work to develop advanced technologies while putting the necessary policies in place to achieve this transition.”