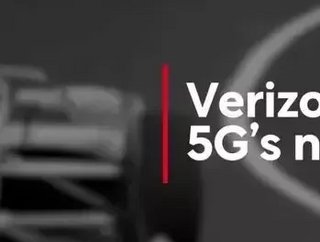 Cauchi explains what this service entails: “Edge computing is a network architectural model that brings technology resources, including compute and related infrastructure, closer to the end user or to where the data is generated. Rather than housing these critical resources in a big data center that could be hundreds, or even thousands of miles away from where the data will ultimately be delivered, this new architecture puts it closer to the end user, right at the edge of the network.”

“Mobile Edge Compute (MEC) is a type of edge computing that extends the functionality of networks, including 5G networks, with enhanced capabilities. It’s a transformational complement to 5G, as it provides both an IT service environment and cloud-computing capabilities at the edge of the mobile network, in close proximity to mobile subscribers,” Cauchi explains.

“The benefits of MEC for businesses are enormous” Cauchi explains. “You can think of them in three broad buckets: ultralow latency, localized data, and expanded IoT potential”.

“Enterprise businesses want to transform themselves in retail, healthcare, manufacturing, or how they manage their distribution warehouses. We are helping our customers bring these ideas to life, and with the SAP partnership, we can help our customers innovate and leverage their existing SAP applications. Our joint customers realize the intelligent enterprise.”

With SAP Edge Services running on Verizon MEC, together,Verizon and SAP can provide near real-time alerts and actions at the edge. In addition, customers gain a complete end-to-end solution as relevant data is seamlessly integrated into SAP running in the cloud.

Cauchi adds that 5G is only as good as the network it’s built on. “Verizon’s 5G Ultra Wideband network combines end-to-end fiber resources throughout the network, a large deployment of small cells and significant spectrum holdings, particularly in the millimeter wave bands. We believe you can’t have a great 5G network without a great 4G LTE network.”