Vivaldi, Opera, Brave: should you switch your browser? 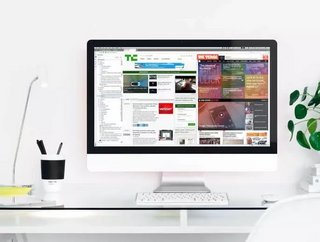 There’s little doubt that, when the early 21st Century appears in the history books of the early 22nd century (assuming we make it that far), alongsid...

There’s little doubt that, when the early 21st Century appears in the history books of the early 22nd century (assuming we make it that far), alongside the current climate crisis, mass access to the internet will be the defining characteristic of our time. At the beginning of 2019, there were around 4.4bn internet users, a sizable increase of 9% year-on-year.

The mass availability of smartphones, tablets and affordable desk-and-laptops is a huge driver towards total internet adoption. In terms of the market for hardware, competition is stiff. Last year, Lenovo held the largest share (with 22.5%, then Hewlett Packard with 21.7%, Dell with 16.2%, Apple with 6.9% and so on) of the personal computer market.

While the market for hardware has always been divided relatively equitably between tech companies, software is far more prone to near-monopolies. This is especially true regarding browsers: perhaps the most used and least thought-about bridge between the average internet user and everything from in-depth video essays on the use of chairs in cinema to the user manual for a T-34 Tank.

In 1996, Netscape Navigator held an impressive 82.7% share of all browser users, a lead that was rapidly eroded by the rise of Internet Explorer (which overtook Netscape in 1998 and peaked at 95% in 2004) in turn relinquishing its crown to Google Chrome in As of August 2019, Google Chrome in 2012.

Today, Google Chrome holds the lion’s share of the world’s browser traffic, with almost 64% of all users. Apple’s Safari holds the second place with 14% and no other browser holds more than 5% of the global user base.

This isn't stopping a new generation of challenger companies working to carve out their own niches in the historically monolithic vertical. Gigabit Magazine takes a look at three of the “challenger browsers” looking to disrupt Google Chrome’s iron grip on the way we surf the web.

Founded in 2015, Brave Software is a San Francisco-based software company that offers a free, open source browser service oriented towards user privacy. In an age where data privacy is harder and harder to ensure, and increasingly at the forefront of the international conversation, Brave is “on a mission to fix the web by giving users a safer, faster and better browsing experience while growing support for content creators through a new attention-based ecosystem of rewards.”

Reportedly capable of loading web pages up to 2x faster than Chrome and Firefox on desktop (and as much as 8x faster on mobile), Brave’s major selling point is that its servers neither see nor store users’ browsing data and the company claims it will never sell its clients’ information to third parties.

Brave’s other innovative feature - which is at the core of the company’s mission to “fix the internet” - is its tipping system. “Browsing the web with Brave is free: with Brave Rewards activated, you can support the content creators you love at the amount that works for you.

Brave can automatically distribute your contributions based on how much time you spend on sites. Or, you can choose to tip sites directly, and even offer a fixed monthly tip amount.” User contributions are made available to sites via secure crypto payments. Over 10,000 sites have signed up to support the system.

Currently, BRave is seeing most of its success outside the US. On mobile, it has seen massive popularity in Japan, where its app was downloaded more than 2mn times in August alone, making it the most downloaded app in the country.

First held in 1995, the Red Dot Award annually picks the best product in the world in three categories: Product Design, Brands & Communication Design and Design Concept. With more than 18,000 entries, the Red Dot Award is one of the world’s largest and most prestigious design competitions.

This September, the latest product from software company Opera, its gaming-focuses GX browser, won first place at the awards. The browser is tailored to the specific needs of PC gamers, letting them control their computer’s CPU and memory usage to make their gaming and streaming smoother. GX also features Twitch integration, a gaming-inspired design and numerous customization options.

“We built Opera GX for people who play games and spend a lot of time building their setups,” said Krystian Kolondra, EVP at Opera browsers. “We wanted to give them a browser to perfectly match their beautiful machines.”

Headquartered in Oslo, Norway, Opera is one of the longest-operating challenger browser makers. Featuring a clean user interface and packed with features like ad blocker, a VPN and battery saver, Opera is a tried and tested direct alternative to Chrome.

2019 will, it seems, be remembered as ‘the year of personalisation’. The challenger browser that most embodies this megatrend is Vivaldi. Touted as the “browser that puts you in control,” Vivaldi boasts levels of customisation that are absent in other products, from the look and feel to almost every aspect of functionality, the browser can be tweaked exactly to the preferences of the user.

Until now, Vivaldi (which was founded by Opera Software co founder and former CEO Jon Stephenson von Tetzchner) was only available on desktop, a shortcoming that limited its global adoption. Today however this changed, as the company launched its app on Android devices.

"We’re building a browser that is powerful, personal and flexible. A browser that adapts to you, not the other way around,” says the company’s mission statement. Whether the addition of Android capabilities will see Vivaldi turn its customisable interface into the new Chrome will become apparent over the coming months.