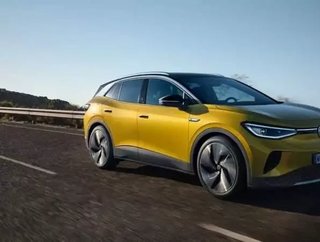 The so-called gigafactories are intended to unlock synergies in Volskwagen’s supply chain and thus bring down the price of electric vehicles...

The so-called gigafactories are intended to unlock synergies in Volskwagen’s supply chain and thus bring down the price of electric vehicles for consumers, with all expected to be established by the end of the decade. Mooted locations include Sweden and Germany.

“We aim to reduce the cost and complexity of the battery and at the same time increase its range and performance”, said Thomas Schmall, Volkswagen Group Board Member for Technology.

“We will use our economies of scale to the benefit of our customers when it comes to the battery too. On average, we will drive down the cost of battery systems to significantly below €100 per kilowatt hour. This will finally make e-mobility affordable and the dominant drive technology.”

The announcement took place at its inaugural Power Day event, which is hard to place as anything other than a direct response to Tesla - which has risen to become far and away the most valuable car company thanks to its technological and electric approach.

Indeed, Tesla’s innovations such as over-the-air updates are being adopted by manufacturers including Volkswagen as they transition to becoming technology companies, at least in part. In recent times we’ve seen Volkswagen start offering its industrial cloud and its IoT, machine learning and data analytics capabilities to other manufacturing and technology companies.

The announcement was also part of ongoing efforts from Volkswagen to try and repair its green credentials following the scandal that emerged in 2015 which revealed the company had been fudging emissions tests in the US to fool regulators.

“E-mobility has become [a] core business for us. We are now systematically integrating additional stages in the value chain. We secure a long-term pole position in the race for the best battery and best customer experience in the age of zero emission mobility”, said Herbert Diess, Chairman of the Board of Management of the Volkswagen Group.