Was money wasted on tech investments during the pandemic? 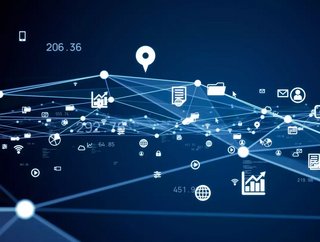 Relationships with third-party technology partners have been vital to helping businesses keep operations afloat throughout the pandemic, but will it last?

Sungard Availability Services (Sungard AS) has released a study today which reveals a majority of senior UK decision-makers have doubts over the validity of technology investments made with third-party technology partners over the last 12 months.

54% of respondents are contemplating if pandemic pressures saw money wasted, whilst two-thirds (68%) believe it remains to be seen if all investments will be suitable long-term.

The study reveals that despite battling both technology-based and human-centric obstacles since the pandemic began, especially with third-party cloud partners, businesses retain a positive outlook.

Technology-focused concerns cited in the research were data security (27%), compliance and regulatory issues (22%), and unexpected or unpredictable costs (22%). Issues with employees at partners included the inability to admit fault or shortcomings when warranted (16%), an unwillingness to compromise (15%), and a lack of honesty and integrity (14%). Only 12% of respondents stated they did not face any challenges working with third-party cloud partners.

“Like any relationship, solid working relationships do not ‘just happen’,” comments Chris Huggett, Senior Vice President, EMEA & India at Sungard AS. “They take time, patience, and transparency from two parties who want to work effectively together. Did companies find love during lockdown with third-party partners, and investments that would set them on the path to long-term success? Unfortunately, it appears not in the majority of cases, as our findings reveal a lack of faith in spending decisions and some shortfall by third-party partners to deliver the stability needed by many senior decision-makers.”

Just over three in ten (31%) of senior decision-makers believe third-party technology partners will help them evolve solutions to meet their long-term goals, with 30%  set to look for guidance on further innovation, over the next 12 months. Around a third (35%) of respondents have already accelerated plans for cloud investments, and a quarter wants to be better placed to reap the benefits the cloud can offer.

Huggett concludes, “Much like the qualities one might search for in a personal connection, senior decision-makers want third-party technology partners to exhibit traits that go beyond just technological insights. 37% want honesty and integrity (37%), a fifth (20%) want the ability to work through conflicts maturely, and one in ten (11%) simply want to collaborate with people that have a sense of humour. By working in tandem with knowledgeable partners to adopt a cloud-ready approach, organisations will be better placed to reap the benefits the cloud can offer in 2021, and well beyond.”