What are IT leaders priorities after a year of disruption? 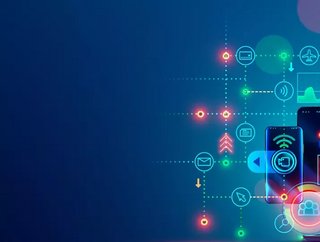 Enabling remote work, adopting new technologies, and managing security risks became more critical in 2020 and more complex than ever before

The COVID-19 pandemic has been felt across the globe, impacting industries and their functions. It has especially affected the IT industry, bringing a new set of challenges that have upended normal operations.

The Snow Software’s 2021 IT Priorities Report, which surveyed 1,000 IT leaders and 3,000 workers across the United States, United Kingdom, Germany, and Australia, found data that suggests the IT landscape is changing rapidly, and these changes are compounded by the challenges of enabling the workforce in new ways.

Solving these challenges can require new technologies, time, and agreements within the organisation. Many problems are not solved overnight, therefore it is no surprise that technology investments increased across the board. When asked if the organisation’s investment in various types of technology had changed over the past 12 months, IT leaders indicated they had increased spending on cloud infrastructure (76%), SaaS applications (71%), hardware (66%) and on-premises software (62%). The only notable area of reduced investment was on-prem software, with 11% of leaders reporting they had cut spending in that area.

The report found that both IT leaders (72%) and employees (52%) agreed that security is the most pressing business problem caused by unaccounted for and unmanaged technology. But there is a lower level of awareness for additional issues, especially among employees, with 16% believing unaccounted for and unmanaged technologies does not cause any business problems whatsoever.

87% of IT leaders reported that they were audited by a software vendor in the past 12 months. In terms of which vendors are auditing the most, Microsoft came in number one accounting for 60% of audits, followed closely by IBM (40%), Oracle (34%), Adobe (31%) and SAP (30%). Just 1% of leaders said they were audited by another vendor, with write-ins including Amazon, Cisco and Micro Focus.

The sudden disruption of 2020 made defining priorities for 2021 especially difficult for IT leaders. Looking to the future, over three-quarters of IT leaders said the pace of digital transformation has significantly increased in the past year, and it is unlikely to slow down as organisations continue to adapt. And while adopting new technologies was tied as a top priority, implementing new technologies was also IT’s second-biggest challenge.