What are NFTs and how do they work? 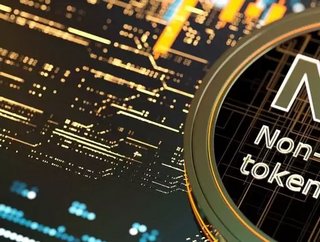 An NFT is unique proof of ownership over something that you cannot physically hold and the market for them is huge...

NFT’s have been taking the internet by storm and according to Forbes, the combined market cap of major NFT projects has increased by 1,785 per cent.

Earlier this month, world famous auction house Christie’s, held an online auction where a piece of art sold for $69 million. The artwork called ‘Everydays: The First 5,000 Days’was created by the artist Beeple. The piece of art is a JPG collage of 5,000 pieces of digital art that Beeple has produced every day since 2007.

Back in February an animated gif of Nyan Cat, a popular 2011 meme of a flying pop-tart cat, sold for more than $500,000 and just a few weeks later musician Grimes sold some of her digital artwork for more than $6m.

What is an NFT?

Non-fungible tokens (NFTs) are a unique token that isn’t interchangeable with another, and they are mostly used as a method of buying and selling digital artwork and media.

There are several marketplaces that have popped up around NFTs, which allow people to buy and sell. These include OpenSea, Rarible, and Grimes’ choice, Nifty Gateway.

Are NFTs worth it?

Like any investment or stock there are risks, NFT prices can fluctuate, but they can also make people a lot of money.

They provide a secure certificate of ownership over a digital asset for a buyer, protecting the good’s value. Without an indisputable ownership record such as an NFT, the good is essentially worthless.

NFTs make it possible for people to sell something one day, but to also keep earning the next. They can be coded to allow the original creator to collect money each time the token trades hands, usually for between 2.5% to 10% of the sale price.

“NFTs are the single biggest reorientation of power and control back into the hands of the artist basically since the Renaissance and the printing press,” says Robert Alice, a London-based artist. He sold an NFT through Christie’s for $131,250, nearly ten times the estimated price. “It appeals to people who have built up their own audiences—maybe on social media—to go and sell work directly to their audience.”

Nadya Invanova, a close observer of NFTs at L’Atelier, and an independent subsidiary of investment bank BNP Paribas, explained to Forbes how it is still early days for the market.

“There’s a high amount of risk,”

“The important thing to understand about the NFT market is it’s very new. And we’re still going through different cycles that are establishing what is the real value of something.”