Will the G7 tax deal have benefits for Big Tech companies? 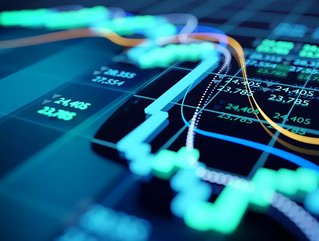 The G7 Finance ministers' new agreement will have implications on tech giants tax, but will they actually benefit from this deal?

The world’s biggest tech companies are facing a corporate tax avoidance crackdown after the G7 agreed to a historic deal.

On Saturday the G7 backed a US proposal that calls for corporations around the world to pay a minimum 15% tax on profits. The reforms would affect the world’s largest companies with profit margins of at least 10%.

The G7 nations intend for this move to stabilise the international tax system, increase trust and transparency, and even out the playing field. The proposal is aimed at different groups, but one being Big Tech companies, which often use their international reach, tax havens, and other loopholes to avoid paying taxes in their home countries or other major economies.

To try and recoup some of the dodged taxes from tech giants, some countries have introduced digital services taxes, including Britain, France, and Italy. Although, these were only meant as temporary solutions until international tax rules could be decided.

Will the G7 tax deal have its benefits?

Many big companies have welcomed the change, a Google spokesperson told Reuters that “we strongly support the work being done to update international tax rules”.

Although large corporations might not be able to dodge taxes entirely once the G7 decision goes into effect, paying the 15% minimum tax still wouldn’t require tech giants to pay as much money as they would need to if they actually paid their fair share of taxes in their home countries.

The G7 deal could be seen as a better alternative, for many companies, rather than paying the taxes of their home countries. In the US, the federal income tax rate for corporations is 21%. Both the minimum 15% tax rate set by the G7 proposal and the 20% rate that would apply to companies with profit margins above 10% would be cheaper than having to pay 21%.

Not all tech giants would meet the profit margin threshold for the 20% rate. For example, Amazon’s profit margins in 2020 were only 6.3%, which is below 10%.

An Amazon spokesperson says that the agreement 'marks a welcome step forward' in efforts to 'bring stability to the international tax system,'. 'We hope to see discussions continue to advance with the broader G20 and Inclusive Framework alliance.'

Another benefit of having a global tax agreement is that no competitor could beat you in terms of playing the system. There would also be no benefit to be gained from declaring profits in a country with minimal economic activity, so companies would no longer need to pay the expenses associated with dodging taxes.

Overall the G7 tax proposal not only aims to level out the playing field by establishing a minimum 15% corporate tax rate, but it also attempts to simplify an international tax system that is extremely complex. Although it may not solve all the tax avoidance issues, for now, it’s a step in the right direction.