Will the new 5G iPhone be delayed due to coronavirus? 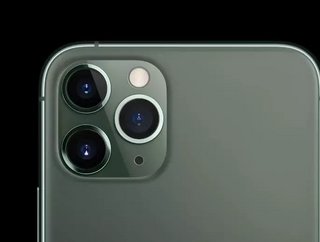 2020 has been widely mooted as the year 5G goes mainstream, with flagship handsets from major manufacturers featuring support for the next generation wi...

2020 has been widely mooted as the year 5G goes mainstream, with flagship handsets from major manufacturers featuring support for the next generation wireless communications technology. Samsung’s S20 series of phones all support 5G, for instance, while Apple’s upcoming iPhone 12 is widely mooted to also feature the technology.

That’s if the iPhone 12 even comes out this year. As has been widely reported, the anticipated September launch of the flagship phone may be pushed back, with experts speaking to Bloomberg anticipating a push-back of a month owing to supply issues and the inability of engineers to meet with manufacturers.

Somewhat ironically, 5G could ease some of the burdens put upon a quarantined populace thanks to its low latency and high speeds, were its wider availability not being delayed. Remote working, for instance, would be aided by the smoother connections it enables, with glitchy, low-resolution video calls potentially becoming a thing of the past.

Coronavirus is already having a significant impact on Apple, which is tied up in China in both a manufacturing and sales sense. Supply has been hit by the slower than expected reopening of stores, while demand has been equally affected by the closure of stores in the country.

Such developments caused Apple to issue revised revenue guidance last month, with the fears being born out in reality by a precipitous fall in sales. As reported by Reuters, over the course of February only 494,000 iPhones were sold in China, compared to 1.27 million in February 2019. In January 2020, meanwhile, Apple sold some two million devices.

Apple is not alone in the struggle, with only 6.34 million total mobile phone devices sold in the country in February - a reduction of 54.7% compared to the same month last year, when 14 million were sold. Chinese manufacturers such as Huawei and Xiami, whose Android devices make up the bulk of the market, are especially impacted by virtue of it being their home market.