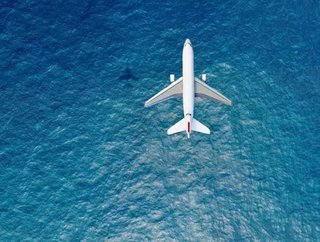 The World Aviation Festival 2019, one of the planet’s largest aviation and travel technology shows will be taking place in London from September 4-6...

The World Aviation Festival 2019, one of the planet’s largest aviation and travel technology shows will be taking place in London from September 4-6.

The festival started in 2003 with the World Low Cost Airlines Congress, when low-cost carriers were changing the industry with revolutionary business strategies.

Soon, the event started growing, and now it's one of the world’s largest aviation shows. The agenda has more than ten different content streams, that cater to every part of the aviation ecosystem.

New business models are at the heart of the event programme as 400 expert executive speakers from the world’s leading airlines and aerospace technology companies help the aviation industry keep up with new changes in the market and translate them into actionable take-aways, that drive innovation, experience and revenue.

As an official media partner to the event, here are three speakers Gigabit Magazine is excited to hear from over the three day experience:

A “music man turned airline man with a passion for low fares”, Fernandez took over Air Asia when it was a failing subsidiary of the Malaysian government-owned conglomerate DRB-Hicom. 18 years later, the country’s first “budget airline” won over 15 awards in 2018 and posted revenues in excess of $238mn per month.

With over 17 years at the helm of the UAE’s state-owned luxury airline, Clark is a giant in the field of commercial aviation. He was also a managing director of ShriLankan Airlines until 2008. Last year, Clark was named “Aviation and Transport Business Leader of the Year” at the Gulf Business Awards 2018.

Geraghty, who has served in her current position for just over a year, serves as President and COO of US domestic airline JetBlue, which has been in operation since 2000. Under her leadership, the airline is making waves about opening a route to London. “London is on the top of the list that is not served,” Geraghty tells Runway Girl Network. “It’s no big secret we’ve been looking at the A321LR. It’s within our Airbus contract,” she said in March. The World Aviation Festival may be the best place to get firsthand confirmation of her plans for the company.