Alibaba’s Jack Ma: Bitcoin is a bubble, blockchain is practical 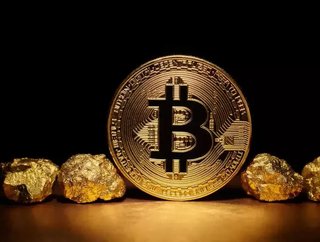 According to 8btc, a cryptocurrency news site for the Chinese community, Founder and CEO of Alibaba Jack Ma has given his views on both blockchain and B...

According to 8btc, a cryptocurrency news site for the Chinese community, Founder and CEO of Alibaba Jack Ma has given his views on both blockchain and Bitcoin, speaking at the second annual World Intelligence Conference in Tianjin.

Ma, proclaimed as China’s richest man, stated that whilst he remains positive about the potential that blockchain technology can offer, Bitcoin is something that he would not endorse.

“There is no bubble for blockchain, but there's a bitcoin bubble,” Ma said, as cited by 8btc.

The statements back up similar comments from Ma that CNBC Shanghai reported in December of last year:

“I don't know about Bitcoin at all. I'm particularly puzzled. Even if it can really work, the rules of global trade and the financial system will be completely changed. I don't think we are ready. So I'm still paying attention to Alipay... to the US dollar, and the euro.”

“We have a team that studies blockchain, but Bitcoin is not something that I want to pursue. We don't care about Bitcoin.”

Ant Financial, the financial services affiliate of Alibaba, has already began exploring the uses of blockchain technology, set to launch its blockchain-as-a-service solution this summer.

Further, according to fellow local news outlet The Paper, the CEO of Ant Financial Services, Eric Jing, called blockchain “the cornerstone of trust for the digital society in the future” earlier this year.

For more information on the ways in which blockchain is being used outside of cryptocurrencies, see Beyond cryptocurrency: Eight alternative uses of blockchain.