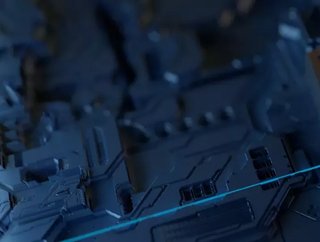 According to the Arqit, the launch of QuantumCloud puts the British economy at the forefront of global innovation in quantum, space, and cyber technology

Arqit, a British cybersecurity company, has announced the launch of a new quantum cybersecurity platform designed to solve current and future threats to the security of internet communications. This launch has meant the company plans to create up to 2,000 jobs in the UK after its move to list in New York through a $1.4 billion blank-cheque deal.

The platform, QuantumCloud, uses transformational innovation in both quantum physics and crypto-mathematics, and has been developed over the course of four years of collaboration with the UK Government, BT, and Virgin Orbit.

Arqit and BT have also announced that BT has agreed to a contract to become Arqit's exclusive reseller in the UK, incorporating their products into its wider portfolio of security solutions. Virgin, has invested via its Virgin Orbit subsidiary in the Arqit financing transaction as well as signing contracts to launch the first two Arqit satellites,  targeted for 2023.

Howard Watson, Chief Technology Officer of BT said: "BT has been undertaking pioneering research in quantum security for many years, including working with Arqit on the research and concepts behind their technology. This launch is a great example of the innovation and capabilities that are being developed through collaboration across the UK's technology ecosystem. We are proud to be providing this technology to UK customers, which will bolster our industry-leading security capabilities."

According to Arqit, QuantumCloud's reach is due to be expanded further through the usage of satellite technology. By 2023 Arqit plans to launch two quantum satellites, which will build on established QKD protocols to extend the capability to both create and transmit a backbone of secure keys to the data centres of Arqit's customers all over the world.

Arqit Co-Founder and Chairman David Williams said: "This is a global business and we are proud to have on the team some of the finest minds and capabilities from the US military and cyber, space and cloud tech markets. Also the UK's public and private start-up community must take considerable credit for providing the infrastructure and backing to build this business – which we believe will embed the UK at the heart of global cyber-security and quantum encryption commercial and government programmes for decades to come. In the course of the next few weeks and months we will be announcing a long list of international customer and partner initiatives which are testament to the regard in which the UK is held in this mission critical enterprise and we are grateful to the Government, BT, Virgin and other backers for their support in our development."