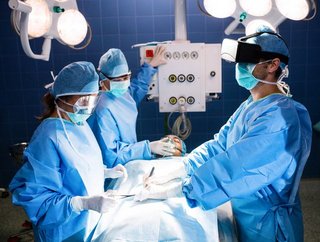 The US healthcare market is going through a period uncertainty. With an ageing population and shortage of medical professionals, rising drug prices...

The US healthcare market is going through a period uncertainty. With an ageing population and shortage of medical professionals, rising drug prices, and the threat of tech giants, such as Amazon and Apple, traditional healthcare practices are being overhauled as a result of new, innovative technologies set to hit the market.

The increase in connected devices and investment in both AR and VR will see the healthcare sector drive down rising healthcare costs and deliver personalised patient care, guaranteeing a higher quality of life for those with long-term conditions.

Additionally, the use of head-mounted displays within healthcare include pre-hospital medical care, nursing care in clinical environments, as well as medical treatment in hospitals. AR and VR can help surgeons perform surgeries more, in addition to AR and VR healthcare apps which can help save lives and treat patients seamlessly.

The launch of teaching hospitals is enabling trainee physicians utilise VR technology to support their training in the operating room by merging both visual and physical training elements and creating realistic simulations, rather than utilising cadavers.

It is clear that both the US and Canada are leading the way in terms of implementing VR and AR into the healthcare space. Canadian company, AdHawk Microsystems, has recently launched its small, eye tracking motion sensor, which eliminates the need for large, camera-based eye tracking systems. It has also been reported that the use of AR smart glasses is expected to grow at a high rate to boost AR in healthcare and provide a complete, immersive experience.

Furthermore, Vancouver has recently launched its first virtual, augmented and mixed reality hub. Named The Cube, the hub will see the region become a leader in these new technologies which will no doubt further bring the healthcare industry into the modern age.