Bitcoin breaks through $3,000 barrier but then collapses 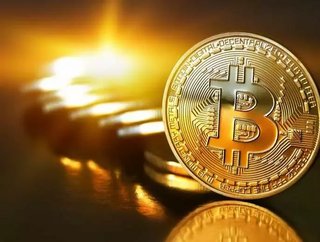 Bitcoin enjoyed its highest price ever on Monday morning, breaking through its main barrier so far and hitting $3,039 per coin before later plummeting b...

Bitcoin enjoyed its highest price ever on Monday morning, breaking through its main barrier so far and hitting $3,039 per coin before later plummeting back down to $2,678.

The fall of around 8% is not the hardest it has been hit in recent history - in January it fell by 20% after Chinese efforts to shore up the yuan, before a market cap in May saw nearly $4bn wiped off its value.

Satoshi Nakamoto's cryptocurrency surpassed $3,000 for the first time on Sunday afternoon but was unable to sustain its growth, instead dipping below $2,700 in the early hours of Monday morning (UTC).

Monday morning saw it rise past $3,030 and it looked it stay there until it crashed shortly after. Currently, Bitcoin is trading at $2,754 - down 8.74%, and its recent volatility could prove Mark Cuban's claims that it is a 'bubble'.

It took just minutes for the value of a coin to fall by $300, potentially due to leverage site Okcoin liquidating millions of dollars worth of long contracts.

However, Bitcoin has had a remarkable growth having been below $1,000 at the beginning of the year, whilst it was trading at $1,676 just a month ago, and it has consistently proved that it can rebound from disappointment.

Bitcoin has continued to grow despite its volatile nature as it is now seen as the gateway to investing in other cryptocurrencies. Many investors buy Bitcoin to then purchase alternatives, whilst it has been legalised as a currency by Japan.

With main competitor Ethereum hitting $375 - a growth of $100 in the past week alone, and 5,000% this year - investors will be looking nervously at stock prices if Bitcoin's decline bucks the trend and continues.