Bitcoin Cash to launch today amid predictions of ‘chaos’ 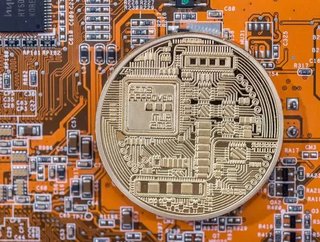 Bitcoin will likely split into two separate currencies today due to Bitcoin Cash –a new version of the cryptocurrency due to be launched at 12:20 UTC...

Bitcoin will likely split into two separate currencies today due to Bitcoin Cash – a new version of the cryptocurrency due to be launched at 12:20 UTC (13:20 BST).

The split is the result of a disagreement over how best to increase network capacity. A software upgrade, known as Segwit2x, has been approved by the Bitcoin community.

Segwit2x attempts to address the network’s limitations in processing millions of daily transactions – the network has not kept pace with the growth of Bitcoin, as it is unable to process transfers fast enough.

At present, the ledger of past transactions, known as the blockchain, can have only 1MB of data added to it every 10 minutes.

The limitation was originally introduced to protect Bitcoin from cyber-attacks, but has meant some users have had to wait days for their transactions to complete at busy times.

However, not all of Bitcoin’s players are happy with the proposed software upgrade.

Today that faction will launch a fork, known as Bitcoin Cash, taking some of Bitcoin’s processing power with them.

They plan to offer existing investors a matching amount of the new virtual asset, which could put pressure on the value of original bitcoins.

“Nobody can be sure how this is going to play out over the short term,” commented Iqbal Gandham, UK managing director of the eToro trading platform.

Bitcoin Cash will have a block size of 8MB – far larger than the 2MB that Bitcoin will increase to in November under the Segwit2x initiative.

Some Bitcoin exchanges are divided about whether to support the creation of Bitcoin Cash and allow its trade, with some exchanges planning to suspect or restrict all Bitcoin trade until any disruption has passed.

“My sense is that the split can be managed if exchanges and wallets take the necessary precautions,” explained Dr Garrick Hileman, Research Fellow at the Cambridge Centre for Alternative Finance.

“But I suspect some will not be well prepared as this happened quickly and a lot of organisations are coming on board at the last minute.

“It wouldn't surprise me if there is some chaos.”