The business potential of cryptocurrency 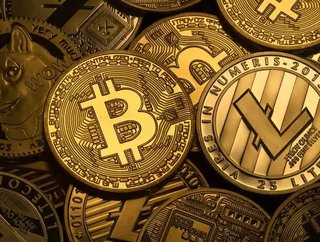 In December 2017, entertainment platform Steam stopped accepting payments with Bitcoin as the currency was seen as too volatile to bank on. While the cr...

In December 2017, entertainment platform Steam stopped accepting payments with Bitcoin as the currency was seen as too volatile to bank on. While the cryptocurrency is in flux at the moment, there is potential for businesses to take advantage of Bitcoin and other cryptocurrencies. Here, Jake Fox, CEO of independent online gambling resource, Casinopedia, explains how your business could benefit.

While Bitcoin continues to fluctuate, it can be difficult to see how cryptocurrencies will change our lives, let alone our businesses. However, an easy way to think of Bitcoin is to compare it to gold, rather than to a flat currency.

Bitcoin is governed by the decision of developers to limit its production to a fixed amount of 21mn bitcoins. So, just as there is a finite amount of gold in the world, there are also only a finite number of Bitcoins. However, unlike gold, Bitcoins are a new frontier, so the market hasn’t had chance to level out yet.

Bitcoin has risen in value by 600% since the start of 2017, and in November the cost of a single Bitcoin exceeded $11,000. Bitcoin’s market capitalisation now exceeds the annual output of whole economies, being valued higher than the GDP of New Zealand.

Investors who bought even a small fraction of a Bitcoin have seen massive financial gains. For example, one early investor, who purchased Bitcoins for just $115, recently treated himself to a rare Lamborghini for $20mn. It’s noteworthy that this savvy gentleman also completed the purchase using Bitcoin — so there was no need to move funds around.

It’s easy to see how you can benefit from cryptocurrencies for investment. But what about the day-to-day activities in your business?

Show me the money

Bitcoin has been an investment opportunity without precedent so far, but it is a currency. So, ultimately, people are going to want to use their coins to purchase things. Businesses cannot afford to bury their heads in the sand when it comes to cryptocurrencies, they must start and assess how they can facilitate customer demand as well as leverage the currency for themselves.

Price fluctuations may put businesses off using Bitcoin, but these can be largely mitigated by converting from flat currencies to Bitcoin and back again. In addition, UK and European governments are considering how cryptocurrencies should be regulated, which will go a long way to help stabilise the currency.

The biggest benefit for businesses is the ease with which funds can be transferred using Bitcoin. Sending money overseas, to pay suppliers or wholesalers for example, can be costly and slow. Bitcoin surmounts many of these obstacles, allowing money to be transferred in around 30 minutes and negates the need to perform multiple currency calculations.

Once the Bitcoin lands in the recipient’s Bitcoin wallet, they can withdraw the funds in the flat currency of their choice or use it to purchase other products or services.

The cost of a Bitcoin transaction peaked at around $5 earlier in 2017 and has since lowered. Even at $5, this is still substantially lower than the cost of a traditional international money transfer.

This is just the tip of the iceberg. As cryptocurrencies become more regulated and are used in the mainstream, they will become more stable and even more opportunities for business managers will open up. However, the key to getting us to that point is for businesses to start and incorporate cryptocurrencies into their process, rather than following Steam’s example and pulling support.