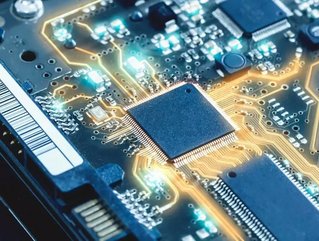 The Chinese semiconductor foundry Semiconductor Manufacturing International Corporation is to face export restrictions on its suppliers...

The Chinese semiconductor foundry Semiconductor Manufacturing International Corporation is to face export restrictions on its suppliers.

According to Reuters, SMIC said it had entered into “preliminary exchanges” with the United States’ Bureau of Industry and Security in a filing to the Hong Kong Stock Exchange.

The company, whose customers include the likes of global players such as Qualcomm, Broadcom and Texas Instruments, first entered stormy seas last week, when the US Department of Commerce warned its American suppliers about links to the Chinese military, emphasising that they had to apply for licenses to ship items to SMIC.

The filing further said that “the Company is conducting assessments on the relevant impact of such export restrictions on the company’s production and operation activities.”

The move comes amidst a wider suspicion of the connections between Chinese technology firms and the Chinese state.

The long-running TikTok saga rumbles on, potentially beyond President Trump’s term in office. The conflict, which started when Trump issued an executive order that would see the firm banned in the US, saw a race to restructure the company and spin off a new organisation known as TikTok Global with investment from Oracle and Walmart. The deal would see data about users kept in the United States on Oracle systems.

Before that, it was Huawei that was grabbing the headlines, due to its market-leading involvement in the ever-more critical 5G infrastructure and suspicion regarding its links to the Chinese government. That led to restrictions on US companies dealing with Huawei, with such ramifications as Huawei’s flagship line of phones launching without Google apps despite running on the Android operating system.

Perhaps more consequentially, numerous governments have banned the company from providing its 5G solutions. That includes the UK, which has mandated a total removal of the company’s technology by 2027, reversing an earlier decision to persevere in “non-critical” areas.