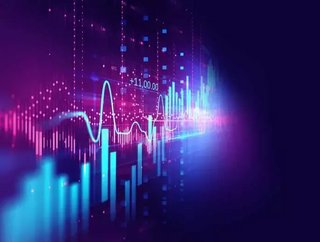 Australia's Commonwealth Bank (CBA) has been chosen by the World Bank to deliver the world's first blockchain bond. The CBA's mandate, which was delive...

Australia's Commonwealth Bank (CBA) has been chosen by the World Bank to deliver the world's first blockchain bond.

The CBA's mandate, which was delivered on Friday, will see it be the sole arranger of the first bond globally to be created, allocated, transferred and managed using distributed ledger technology.

'Blockchain Offered New Debt Instrument - termed 'Bond-i' - will be issued and distributed on a blockchain platform operated by the World Bank and CBA in Washington and Sydney.

"We take a collaborative approach to innovating and have a track record of partnering with other leading financial institutions, government bodies and corporates to innovate through blockchain," said James Wall, Executive General Manager of Institutional Banking & Markets International, CBA. "We believe that this transaction will be groundbreaking as a demonstration of how blockchain technology can act as a facilitating platform for different participants.

“We are delighted to have partnered with the World Bank and fully support its vision of making innovative use of technology such as blockchain to increase the efficiency of financing solutions to better achieve their goal to end extreme poverty."

As part of its mandate to reduce poverty and promote lasting development, the World Bank issues between $50-US$60 billion annually in bonds for sustainable development. It is increasing its focus on helping countries transition to sustainable economies that are technology-led.

Arunma Oteh, World Bank Treasurer, added: "We are delighted that after a year of working with Commonwealth Bank of Australia, we are in a position to launch our first blockchain bond transaction."