Ericsson: 5G will be fastest adopted mobile generation in hi 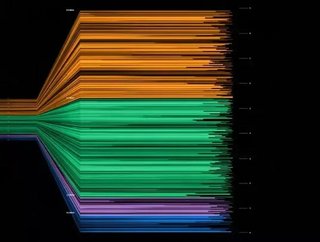 Ericsson’s June Mobility Report projects that nearly 600 million 5G subscriptions will be active by the end of 2021, making it the fastest adopted mobile generation in history.

The longer range forecast is for around 3.5 billion 5G subscriptions and 60 per cent 5G population coverage globally by the end of 2026.

China, the US, Korea, Japan and the GCC (Gulf states) will lead deployment, with Europe lagging behind. The latter got off to a slower start and has been mired in infrastructure battles over the provenance of hardware.

China, North America and the Gulf Cooperation Council markets are leading the way on subscriber numbers, while Europe is off to a slow start

5G ready for 'advanced use cases'

Fredrik Jejdling, executive vice president and head of networks, Ericsson, said, “We are in the next phase of 5G, with accelerating roll-outs and coverage expansion in pioneer markets such as China, the USA and South Korea. Now is the time for advanced use cases to start materialising and deliver on the promise of 5G. Businesses and societies are also preparing for a post-pandemic world, with 5G-powered digitalization playing a critical role.”