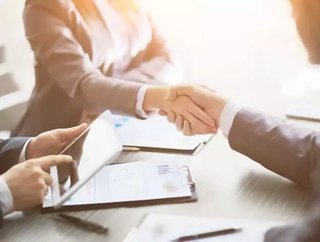 The pace of change in the financial services sector is incredible. This unprecedented level of disruption has forced industry professionals to reconsid...

The pace of change in the financial services sector is incredible.

This unprecedented level of disruption has forced industry professionals to reconsider virtually everything about the role of finance – from the way that mobile money services have tapped into a demographic that itself could turn into a $3-trillion opportunity, through to the prevalence of artificial intelligence, transaction and contextual data and more.

With its annual report named “Redrawing the Lines: FinTech’s Growing Influence on Financial Services,” PwC set out to examine both the continued rise and development of new business models and emerging technologies in the financial services sector across the globe.

The analysis, based on a global survey of 1,308 financial services and FinTech executives, includes a number of impressive insights relating to how we’ve gotten to this point and where we may be headed in the not-too-distant future.

FinTech and financial services: Partners in the future

One of the most interesting findings to come from the report relates to the evolving role of FinTech in financial services as a whole. Though FinTech may have begun life as a series of start-ups who were looking to disrupt the status quo, modern companies are instead looking for something different - partnerships.

In many ways, a partnership creates a mutually-beneficial situation for everyone involved. FinTech start-ups need customers, while financial services professionals will increasingly depend on new approaches to both drive change forwards while delivering innovation to their customers.

Feeding the innovation driven by FinTech in areas like e-retailers, social media platforms and similar sources back into financial services seems poised to be an efficient way to accomplish both of those goals.

Much of this change is in part due to one of the most important findings of the PwC report - more than 80 percent of those who responded believe that their entire business is at risk. 88 percent of established financial services professionals are growing increasingly concerned that they are losing revenue to more innovative competitors.

While 77 percent of financial institutions reported that they would increase their own internal efforts to innovate, this may not actually be enough to get the job done. Based on that, it should come as no surprise that 82 percent of those who responded said that they actually expect to significantly increase their FinTech partnerships at some point in the next three to five years alone.

In many ways, the goals of both FinTech companies and seasoned financial professionals are the same. They want to provide a renewed experience for their customers. Financial services incumbents, both through the aforementioned partnerships and through a market-driven sense of internal innovation, are therefore in a better position to quickly respond to the ever-changing environment and regulations in order to ultimately provide that better experience their customers both seek and deserve.

A large part of this has come about through a refocusing of which technological areas companies will be investing in over the next 12 months. According to the report, these are the most important areas to focus on during this time:

The ripple effect of disruption

The PwC report also highlights the particular areas of the financial services industry that will see the highest levels of disruption over the next five years. Those seasoned veterans who are able to both embrace change and find the right partnerships with FinTech providers will no doubt be able to adapt and rise to the occasion. Those who aren’t will no doubt run into trouble in many of the following areas:

In the end, the PwC report made it clear that mainstream financial institutions have no other choice but to rapidly embrace the disruptive nature of Fintech in any way they can. Forging partnerships with these providers that are focused on long-term objectives not only puts both parties in a better position to sharpen operational efficiency, but it also allows them to respond head-on to customer demands for more innovative services sooner rather than later.

This is a large part of the reason why, according to data from PwC’s DeNovo platform, the funding of FinTech start-ups has increased at a compound annual growth rate of 41 percent over the last four years alone. That represents a cumulative investment in excess of $40 billion.

Thanks to the rate at which FinTech companies and financial innovation are changing the competitive landscape, the lines of the financial services industry are being redrawn right before our very eyes.