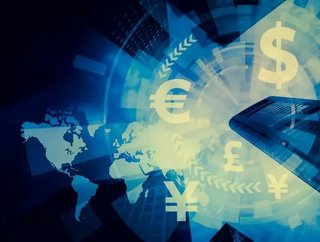 2017 has been a momentous year for business and fintech. After 2016 proved to be the year of the unexpected, 2017 has brought a wave of additional chang...

2017 has been a momentous year for business and fintech. After 2016 proved to be the year of the unexpected, 2017 has brought a wave of additional change to the fintech industry with the colossal growth of cryptocurrencies and the emergence of brand new fintech hubs. With 2018 almost certain to bring further changes to the industry, it’s important to look back at the trends that shaped 2017, to look for clues as to what to expect.

The industry has contended with several fintech trends through the year, with cryptoassets and the Blockchain enabled assets leading headlines regularly. Businesses from around the world have taken advantage of new and developing technologies, particularly in emerging markets. However, this space remains marred with price volatility and a lack of regulatory framework leaving most reluctant and insecure. Whilst the popularity of cryptocurrencies looks set to continue into 2018, the industry can expect to see further regulation and resistance aimed at limiting their growth.

Regardless, Blockchain has been one of the talking points of 2017 as it brings a new wave of information management to the table. Many businesses quickly latched onto the idea and its uses in fintech fast developed beyond powering cryptocurrencies and payments. Blockchain has proved pivotal in a variety of fields including the medical sector, inter-organisational data management, and others. The concept is anticipated to move further beyond the realm of cryptocurrencies and into sphere of mainstream business. In particular, it offers an efficient, transparent and secure system of record-keeping and ledgering authorisation. With a variety of user cases demonstrating the versatility of the system in 2017, it seems clear that Blockchain has the potential to disrupt a range of technologies.

fintech wasn’t limited to just the block chain technologies in 2017. One of the largest trends was the proliferation of fintech for social good, particularly in emerging markets. Mobile technology has gone from strength to strength in several places around the world and in countries such as India there has been a notable surge in digitisation of finances, especially after the demonetisation drive undertaken by the ruling government around this time last year. At the same time, start-ups in the MENA region have collated investments of over $100 million over the last decade and are now set to almost double that number by 2020, as pointed out in the recent State of Fintech report. One of the key reasons for the steadfast progress and innovation has been the idea of financial inclusion, which forms the crux of fintech and related services. In essence, financial inclusion is crucial for economic diversity and growth and in contrast to the fact that 2 billion people remain unbanked as of World Bank’s 2015 findings; it is easy to see why 2017 was an opportune moment for fintech in a range of new territories.

Through enabling easy access to personal finance, 2017 saw fintech create accessible banking for the unbanked. Supported by a drive towards a more digital economy and cashless society, many opportunities have arisen for a range of fintech companies such as Xendpay. With larger tech companies pivoting towards emerging markets, this trend for socially conscious fintech growth is likely to continue, with positive results for the countries involved.

The conscious move towards fintech and innovation in emerging markets has been inspired by the success of fintech hubs elsewhere. One of the biggest trends of 2017 has been the rise of new fintech hubs across the world as countries compete to attract investment. Singapore, Sweden and France are just some of the countries who have seen a greater focus on nurturing and attracting fintech talent to their cities. This trend has likely been encouraged to establish competition against London’s reign as Europe’s leading fintech hub, given the uncertainties of Brexit – all major contenders are looking to change that.

Brexit has indeed been one of the biggest turning points for the fintech industry. The result of the vote last year took many by surprise. But fintech in the UK has weathered the uncertainty thus far, allowing London to keep its coveted spot as a world leader in fintech. Although, 2018 may prove equally turbulent as negotiations continue. With businesses no clearer on the UK’s trade situation and larger companies signalling their intent to shift their operations to Europe, the willingness of foreign investors to come to the UK is far from assured.

For the industry this has highlighted the need to adapt and evolve. This is a trend that has already begun to emerge through increased collaboration between fintech and banks. Traditionally cast as natural adversaries, on both sides there has been an epiphany that collaboration could help the UK maintain its fintech crown as it navigates its way out of the EU. This is starkly visible in Barclays Bank launching an innovation focused site to support fintech companies in 2017. This trend of collaboration is likely to continue into 2018 as businesses, both big and small prepare for the impact of Brexit.

Whilst it is hard to predict the next big disruptive fintech trend, analysts, business leaders and innovators alike would do well to watch how the industry evolved this year, and be ready to adapt accordingly.