Five things you need to know about fintech unicorn Monzo

By Donovan Herbster
May 17, 2020
undefined mins 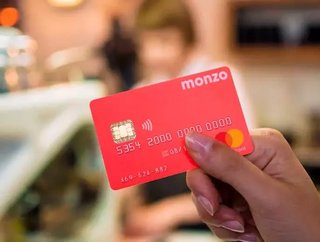 As Monzo achieves ‘unicorn’ status, we take a closer look at the banking startup. Monzo, which launched its fintech app in 2015, officially reached...

As Monzo achieves ‘unicorn’ status, we take a closer look at the banking startup.

Monzo, which launched its fintech app in 2015, officially reached ‘unicorn’ status as of 31 October 2018, and following its fundraiser on 12 December, its valuation has increased to US$1.5bn. The company currently has 100,000 monthly users and 550 employees.

CEO Tom Blomfield shares what he considers to be at the heart of the company’s ethos and success: “What we’re trying to do is build the first bank with real network effect, so that you are encouraged to bring your social circles in, because it makes the product better for you, fundamentally.”

What has led to this meteoric rise to Monzo and what benefits does the tech giant offer to businesses and consumers? We have broken the success story down into five quick facts.

Bearing the slogan ‘I'll Monzo You’, the company's bright pink cards enable users to complete transactions instantaneously. Monzo is compatible with Apple Pay, and customers can pay friends via Bluetooth without obtaining their bank details, making for an overall safer transaction.

In an interview with Chris Skinner, Blomfield spoke of the growth of the company, noting that they have been growing by 6-7% per week. The company currently has 100,000 monthly users and 550 employees.

3. Autonomy of a bank card

According to Monzo, if a card is misplaced it can be frozen and then defrosted if found, all from the customer’s smartphone. This feature has proven popular as other major banks such as Lloyds have started to adopt these smartphone options. Blomfield emphasises the importance of ‘radical transparency’ for both employees and customers, so that they can see the failures and successes of the company, and indeed this ideology is embodied in the product itself, which allows the customer set themselves budgets, and track their expenditure.

Monzo has emerged with a customer satisfaction score of 75% in Which?’s July 2018 bank account survey. The success of this startup is accredited to the company’s focus on customer service, using smartphone technology to empower customers to take greater control over their finances without requiring further assistance of banking products.

Blomfield reflected on the success of Monzo: ‘We hit 100,000 pre-paid card holders, we transacted about £100 million last year, and the growth is still just phenomenal.’ Blomfield plans to continue this momentum, stating that the next goal is to reach one million customers. He feels this will be the point at which giants in the industry will “sit up and take notice”.