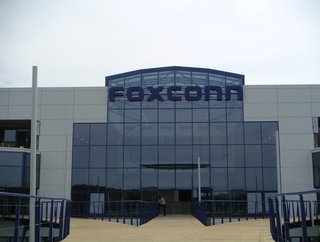 The investment represents the largest new greenfield investment made by a foreign-based company in U.S. history, and was formerly announced today after months of speculation by Foxconn founder and CEO Terry Gou alongside Donald Trump and Governor Scott Walker at the White House.

Governor Walker framed the investment as an opportunity for the state to transform itself in the same way Silicon Valley had altered the San Fransisco Bay area: “This is a once-in-a-century opportunity for our state and our country, and Wisconsin is ready,” he said.

"Foxconn plans to bring the future of high-tech manufacturing to America, and Wisconsin is going to lead the way."

The new facility will manufacture LCD screens to be used in everything from self-driving cars to aircraft systems.

“We are thrilled to build a state-of-the art display fabrication plant in America’s heartland, which will be the first of a series of facilities we are building in several U.S. states as part of a robust 8K+5G ecosystem in the United States,” said Foxconn founder and CEO Terry Gou.

Foxconn, the world's third largest IT firm by revenue and manufacturer of such products as the iPhone, PlayStation and Kindle, first established operations in the United States in 1988 and already has a presence in Alabama, California, Indiana, Massachusetts, Michigan, North Carolina, Pennsylvania, Texas, and Virginia.