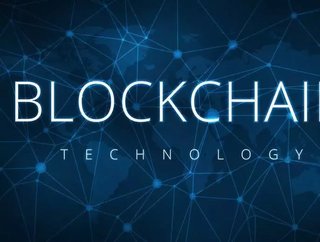 In the past, governments were the only issuers of currency. Now, anyone can create their own value and exchange withrepresentation of value using ablock...

In the past, governments were the only issuers of currency. Now, anyone can create their own value and exchange with representation of value using a blockchain or distributed ledger system – that is a huge disruption of the norm and the implications for society are beyond our imagination.

This is not about the technology, it’s about trust. We now have a digital capability to represent any form of value that is privately issued – you can become your own banker, insurance agent or foreign exchange teller. What does that mean for how society operates today? What are the implications for governance, our tax system and our legal framework?

A blockchain or distributed ledger is a mechanism for adding trust in an untrusted environment, originally designed for entities to transact when they didn’t know or care who the other entity was. It creates an irrevocable record of significant data and events, such as monetary transactions, property records or other valued assets.

Designed to disintermediate and disrupt

While Gartner advises caution today, we see massive opportunity for distributed ledgers tomorrow. CIOs need to start thinking about the use cases in their own industry, build a list and discuss it the CEO. That may sound premature, but we are already seeing a number of proof of concepts and trials in industries outside technology, including:

In March 2017, analysts documented 130 different use cases for blockchain across different industries, and the number is growing rapidly. Whilst today, Bitcoin is still the only working, proven blockchain, we predict that by 2022, an innovative business built on a blockchain will be worth $10 billion.

Whilst we are already seeing some great applications of blockchain technology, it is important CIOs don’t let themselves get tricked by misuse of the term, and seeing blockchain as a silver-bullet solution to their technical challenges.

We are seeing many more applications that claim to be blockchain, that could be created using well-proven existing systems and technologies such as relational databases hosted in a cloud – sometimes blockchain is being used as a square peg forced into a round hole. To put that in context, Gartner predicts that across 2018 we will see 85% of blockchain-named projects start to deliver business value, without using a blockchain in their implementation.

A slow evolution of business models

The application of blockchain technology is slowly becoming a reality, and business models will evolve to gain the best value from it. As with all disruptive technologies there will be a period of trial and error, but personally, I am not convinced that wider society is ready for self-regulation and the potential for criminal misuse of the technology.

We may all jump on board with cryptocurrencies and other blockchain enabled services, or we could have a backlash. Governments could step in and try to exercise some control. More likely, there will be a kind of ‘arctic slide’ where people will become used to one application of the technology and become increasingly comfortable with it.

Over time, we will see true blockchains become more prevalent but society has many legal and societal problems to address to make that a reality. Wide adoption of blockchains will also fundamentally change economic models and monetary policy for governments, central banks and other financial institutions. It is not just the person on the street, who’s acceptance of the technology will be needed, although as we have seen in recent decades this has driven the adoption of technology by business more than anything else.

Despite these issues, I do believe that blockchain is going to fundamentally change the society in which we live. Not tomorrow but within our lifetime.