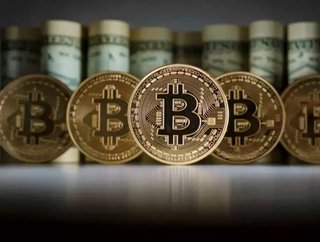 Goldman Sach's chief technician Sheba Jafari has reportedly told clients in a new report that Bitcoin is expected to have more swings and lows before ma...

Goldman Sach's chief technician Sheba Jafari has reportedly told clients in a new report that Bitcoin is expected to have more swings and lows before making a run and achieving a new record-high of over $3,690.

Previously, Jafari had correctly predicted that Bitcoin would suffer a huge fall in price shortly after it hit $3,000, before saying it would not fall "much below $1,857" - the cryptocurrency subsequently fell between $1,758 and $1,852.

Jafari has written that current Bitcoin patterns and its inability to break through and consolidate above $3,000 could suggest a triangle pattern that would see as many as five swings and a low of around $1,786.

Currently, Bitcoin is in the fourth stage of that five-wave sequence.

"Anything above $3,000 will suggest potential to have already started wave V, which again has a minimum target at $2,988 and scope to reach $3,691", Jafari wrote in the note sent out to clients.

Cryptocurrency is known for its volatility and unpredictability, with Ethereum - the second biggest currency behind Bitcoin - hitting record highs of nearly $400 before plummeting to as low as $168 in the space of a month.