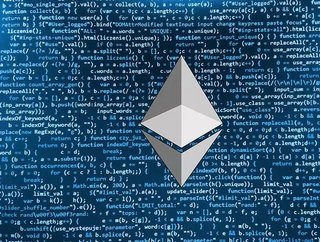 Ethereum – the second biggest cryptocurrency behind Bitcoin – has suffered another hacking that has caused 153,000 ether to disappear from a multi-s...

Ethereum – the second biggest cryptocurrency behind Bitcoin – has suffered another hacking that has caused 153,000 ether to disappear from a multi-signature wallet.

Valued at around $32m, the ether was taken from a Parity Technologies wallet, one of the most trusted and secure wallets around.

The hack and loss of funds is particularly troublesome, as the founder of Parity is Gavin Wood, a co-founder of Ethereum. Wood also wrote the initial implementation for Ethereum in 2014.

White hat hackers saved Parity users by draining all other multi-sig wallets on Parity – a total worth of $75m – with the funds promised to be returned when the vulnerability is fixed.

According to Coindesk, the hack caused the price of ether to drop below $200 for the second time in a week, having previously hit highs of nearly $400 back in mid-June.

At the time of writing, Ethereum has rebounded slightly to $213 but is still some way off its all-time high of $391.

Having started the year at below $10, Ethereum has enjoyed astonishing growth but still has problems.

Charlie Lee, creator of Litecoin, tweeted that “Ethereum is a hacker’s paradise” because even Wood cannot write a secure multi-sig wallet.

If the creator of Solidity, Gavin Wood, cannot write a secure multisig wallet in Solidity, pretty much confirms Ethereum is hacker paradise. https://t.co/WAR3eltfWl

Earlier this week, an initial coin offering of Ethereum-based start-up CoinDash was hacked when the wallet address on the project’s webpage was changed, causing $10m worth of ether to be pilfered.

Ethereum came about after a hack – in June 2016, hackers managed to exploit a vulnerability and secure themselves 3.6m ether – which is now worth about $742m.

This then caused the management to create a hard fork, therefore splitting Ethereum into two separate cryptocurrencies but effectively undoing the theft.