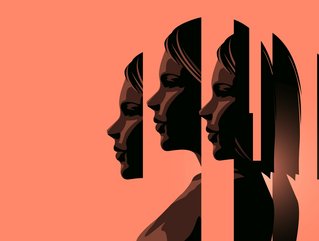 It’s World Mental Health Day, an opportunity for all of us to help raise awareness of mental health issues and work to eliminate the soci...

It’s World Mental Health Day, an opportunity for all of us to help raise awareness of mental health issues and work to eliminate the social stigma attached to them. Reach out to friends, family and loved ones today, but also keep doing it. We're all going to need more than one day of sensitivity and concern a year if we want to cut down on the terrible toll that mental health issues take on our society.

Suffering in silence can feel impossibly hard, so if you’re going through something that feels like has no answers or happy ending, please reach out. If you’re not suffering from mental health issues, reach out to those who may be, get informed and get involved.

Every year, almost 800,000 people globally take their own life, and many more people attempt suicide. Every suicide is a tragedy that affects families, communities and has long-lasting effects on the people left behind. It's the leading cause of death among young people aged 20-34 years in the UK and is the second leading cause of death among 15-29 year-olds globally, according to Time to Change.

This is equivalent to over 600,000 UK tech professionals having had mental health concerns as a result of their work.

“No one would pretend that working in the tech sector is a walk in the park, but for it to be pushing over half its workers into a state of mental health concern is a real issue for the sector, and in particular, for those very small companies where a greater proportion of workers report that they are currently affected by stress,” said Albert Ellis, CEO of Harvey Nash.

While the survey found that companies are relatively supportive when it comes to mental health issues, with three-quarters (77%) having at least some kind of support in place, it also found that those companies who are ‘unsupportive’ have almost three times as many workers concerned about their mental health right now as ‘very supportive’ ones.

A similar trend emerged regarding how flexible an employer is on working arrangements: very inflexible businesses are three times more likely than highly flexible ones to have workers with mental health issues (31% versus 9%).

The single highest cause of stress is being short of staff. This has become a major issue as recently revealed by the Harvey Nash/KPMG CIO Survey which found that the UK’s tech industry is experiencing the highest skills shortage for more than a decade, with almost two thirds of CIOs (64%) reporting a shortfall of talent. It seems that the existing tech team are the ones being stretched to breaking point to make up for this.

Hours worked has a direct impact on stress levels, with the tipping point at over 50 hours a week. Tech professionals working these hours are twice as likely to be affected by stress to a great extent - and see their work suffer as a result - than those that work under 50 hours a week.

“It was once said we spend a third of our time in bed (so buy a good bed); a third at home (so keep work time at home to a minimum); and a third at work. In supporting colleagues, where do we look for the source of a problem and where do we look for their safe place?” asks Ed Hutt, Group CIO at SIG, when asked about the impact of company culture on employee mental unwellness, and how to support a staff member with mental health problems. “It does not have to be that work is the root of all evil. It may be a source of relief. Pain is nature’s way of telling us to slow down and mental health problems require the same type of wound recovery support. We might use paid leave of absence to give a colleague the downtime they need to recover before gently supporting them back slowly into the workplace. But always remember to ‘immobilise the injured limb’ and immobilise their email account so they do have a genuine rest.”

Good luck, stay safe and, from the team here at Gigabit, if you need to talk, visit Anxiety UK, Bipolar UK, CALM, Men's Health Forum, The Mental Health Foundation, Mind, No Panic, OCD Action, the Samaritans, or you can email me at harry.menear@bizclikmedia.com or call/text on 0743 20 88 051. I know a lot less than the other folks, but I'm always happy to talk.