IBM: staying ahead of the curve with quantum computing 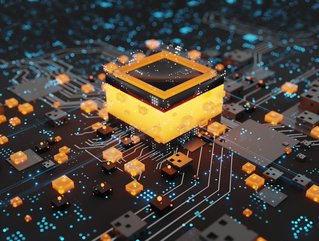 Richard Hopkins, Fellow of the Royal Academy of Engineering and IBM Distinguished Engineer on IBM’s sharp focus on quantum computing and its potential

Becoming increasingly important in business, quantum computing and its technology is developing at pace. The market is expected to be worth US$949mn by 2025, a huge jump from its worth in 2016 when it was valued at US$89mn.

Historically, many have relied on supercomputers to solve problems, but now this type of technology isn’t sufficient at solving all problems as technology becomes more complex and multifaceted.

To learn more about this disruptive technology, Technology Magazine spoke to Richard Hopkins, Fellow of the Royal Academy of Engineering and IBM Distinguished Engineer, who commented: “Today’s classical computers manipulate individual bits, which store information as binary 0 and 1 states. Quantum computers tap into quantum mechanical phenomena to manipulate information. To do this, they rely on quantum bits, or qubits. Unlike a bit that must be a 0 or a 1, a qubit can be in a combination of states. Researchers have shown that these complex states potentially give quantum computers a unique capability to be able to speed up or solve certain problems that conventional computers cannot handle.”

This complex technology doesn’t come without its challenges and is not an easy skill to learn. To make quantum computing more accessible, it is essential technologists lower the barriers of entry - in turn, this will enable as many people across the world to access this new technique of computing.

Hopkins explained how IBM is striving to overcome this challenge: “I’m very proud that IBM decided to use open-source and open access to build the ecosystem of developers, scientists, educators and professionals that are needed across different industries to be ready for this next generation of computing.”

“In 2016, to accomplish global adoption, we were the first company to put a quantum computer on the cloud. The IBM Quantum Experience has since built up an active community of more than 400,000 users who run more than 4 billion quantum circuits (the quantum equivalent of running a conventional program) per day, on real hardware and simulators. This has led to the publishing of more than 1,000 third-party research papers.  It’s a great tool for self-education, alongside the textbook that we’ve published for university-level students. It's these resources that enabled me to become a Quantum Ambassador for IBM – talking to companies and students about the capabilities of quantum computing and the future world-changing advances it might enable,” he adds.

As we as education, IBM is keen to remain ahead of the curve when it comes to quantum computing and has been been working with some of its key customers on practical applications and future use cases for quantum computing.

“In 2017, IBM was the first company to offer commercial universal quantum computing systems via the IBM Quantum Network. The Network now includes more than 175 organisation, including Fortune 500s, start-ups, research labs and education institutions. Together, members of the IBM Quantum Network and IBM quantum experts are researching and exploring how quantum will help a variety of industries and disciplines, including finance, chemistry, and artificial intelligence, among many others,” explained Hopkins.

Realising the potential of quantum computing with IBM

The potential for quantum computing is immense. It can open up new opportunities in artificial intelligence and machine learning (AI/ML), a growing research field in quantum machine learning identifies ways that quantum algorithms can enable faster AI.

IBM are keen to be part of this journey, and Hopkins said: “The future of this technology is truly exciting – it’s likely that by 2023 we’ll see applications of quantum computing that will solve practical problems better than classical computers. We call this Quantum Advantage.”

He concluded: “We’re already at the point where organisations need to build on the early experimentation and establish their own unique roadmaps for quantum computing.  This is the focus of our Quantum Accelerator programme, announced at the end of 2021, where our specialised quantum industry consultants and researchers are working with major corporations on a three-year plan. The programme builds the skills and experience they will need and identifies initial use cases that could lead to commercial advantage. We expect to announce some household names joining it soon!”