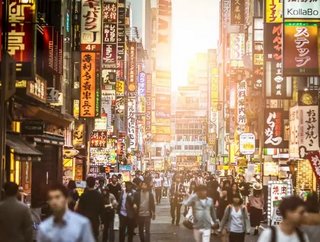 Financial Times noted that “Japanese banks charge customers about $3 to transfer even small amounts of money to other accounts via the Zengin domestic payments system, which only operates until 3pm on weekdays, meaning people often have to wait a day or more for money to arrive.”

“That is much more expensive and slower than in many other countries,” it added.

In opposition to this system, MoneyTap will offer free and near-immediate payments.

The app does not yet incorporate Ripple’s cryptocurrency XRP but, according to Financial Times, SBI Ripple chief executive Takashi Okita said that “this option would be open in future to any banks that wanted to use it.”

Mr Okita said that MoneyTap is already supported by “a consortium of 61 Japanese banks”, and this number will grow alongside exploration of cross-border payments.

Ripple’s blockchain messaging system is currently used by more than 100 financial institutions around the world, while the launch of MoneyTap in Japan will mark the first instance of a major country’s domestic inter-bank transfer system utilising a blockchain technology option.

Japan still has a heavy reliance on cash-based transactions which make up an estimated 80% of all transactions in the country.