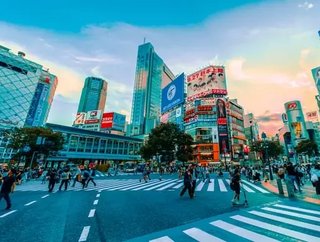 Latest antitrust probe will explore market conditions for smartphones, smartwatches and other wearables from Apple and Google

The Japanese Fair Trade Commission (JFTC) is reported to be starting a new antitrust investigation into Apple and Google-parent Alphabet's conduct.

According to Nikkei, the Japanese competition watchdog will conduct interviews and surveys with OS operators, app developers and smartphone users to assess whether the two tech giants have created anti-competitive market conditions in the smartphones, smartwatches and other wearables sectors.

The JFTC is said to be working with the government-run Digital Market Competition Council during the antitrust probe.

The new investigation comes just over a month after the JFTC closed another investigation into Apple’s in-app purchasing system. In that investigation, the watchdog found Apple acted anti-competitively in requiring developers to pay Apple's commission on in-app purchases. It said it should allow them to point users to external payment options, such as their own websites.

To close that investigation, Apple made a deal with JFTC to allow developers of "reader" apps to link to external websites for setting up and managing accounts. Apple said last month that this update will take effect sometime next year. Reader apps are those that provide previously purchased content or content subscriptions for digital magazines, newspapers, books, audio, music and video, such as Spotify and Netflix.

Global regulators have also set their eyes on the market dominance of Apple and Google. In Australia, the government is undertaking various probes on the two companies focusing on a wide range of areas, spanning from ad tech to browsers and mobile OS systems.

In the US, various states have issued a lawsuit against Google for its alleged anti-competitive control over the app store market. Last October, a probe found Amazon, Facebook, Apple, and Google all had an "alarming pattern" of using innovation-stifling practices. In light of those findings, the government in August introduced a Bill into Congress aimed at curbing "big tech bullying".