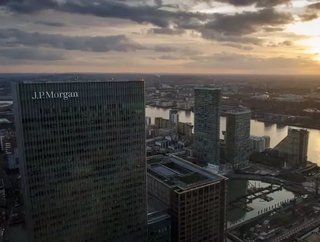 In collaboration with the Royal Bank of Canada (RBC) and the Australia and New Zealand Banking Group (ANZ), JPMorgan has announced the launch of its new...

In collaboration with the Royal Bank of Canada (RBC) and the Australia and New Zealand Banking Group (ANZ), JPMorgan has announced the launch of its new initiative; the Interbank Information Network (IIN).

IIN will act as a global payments process, using blockchain technology to allow payments to reach beneficiaries more efficiently, in a reduced time frame with fewer steps and greater security.

The technology is powered by Quorum, a variant of the Ethereum blockchain that has been developed by JPMorgan that allows secure data sharing.

“IIN will enhance the client experience, decreasing the amount of time – from weeks to hours – and costs associated with resolving payment delays,” said Emma Loftus, Head of Global Payments and FX, JPMorgan Treasury Services. “Blockchain capabilities have allowed us to rethink how critical information can be sourced and exchanged between global banks.”

Other banks are expected to join the banking network alongside RBC and ANZ in the near future, with the first two members representing significant cross border payment volumes on the platform.

With JPMorgan processing as much as $5trn in payments on a daily basis for its clients across more than 100 countries, the firm has invested heavily, not just into blockchain, but into other emerging technologies such as machine learning and robotics in an attempt to improve end-to-end client experience.