New kids on the block – the future of blockchain 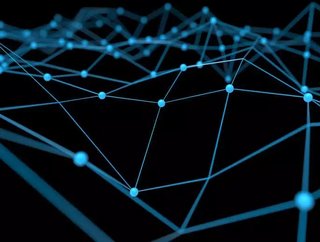 Blockchain was first implemented in 2009 as a core component of Bitcoin, serving as a public ledger for all transactions. A distributed ledger database...

Blockchain was first implemented in 2009 as a core component of Bitcoin, serving as a public ledger for all transactions. A distributed ledger database is shared and continuously added to with new records; these are all marked with a timestamp and connected to the preceding block. With each new record or block added to the chain, information placed within becomes immutable - it cannot be altered or removed.

The nature of the technology makes it highly secure in theory, so it can be used for carrying out real-time, verifiable transactions between two parties. It not only underpins cryptocurrencies like Bitcoin, but other platforms like Ethereum, providing a way to record and transfer data that is transparent, safe, auditable and resistant to outages. It offers organisations that implement it the ability to be open, democratic, decentralised, efficient and – crucially for business – secure.

Swiss-based startup Ambrosus aims to combine development of its own sensors for the quality assurance of food products and pharma, with a bespoke blockchain tailored for the supply chain aiming to be scalable and work with sensors. Founder and CEO Angel Versetti told Gigabit about his future plans.

“We have a bolder vision than most for a blockchain with a general-purpose protocol,” argues Versetti. “Around this protocol, through the usage of our token (Amber), we have created the opportunity for developers and other stakeholders in the industry to create software or hardware solutions integrating our protocol into what they’re doing to create a new stream of revenue for themselves. This has become a virtual circle where we have more network participants joining us which starts a chain reaction encouraging others. With more participants in the network than software, providers become more incentivised. The object is to scale up globally when our TGE (Token Generation Event) is over.”

Ambrosus has already raised hundreds of millions of dollars, but is known in the blockchain industry as a pioneer due to its rigorous KYC (know your customer) process which has seen the company reject in excess of $35m to avoid nefarious dealings within the space. Ambrosus is an official partner in the Sustainable Food Systems cluster at the United Nations which is targeting new ways to tackle global inefficiencies. The company has also partnered with Trek Therapeutics to develop a pilot project seeking FDA approval to track the quality of pharma transactions. In dialogue with a range of sectors, including energy and health, Ambrosus is committed to broadening its range of public sector stakeholders, widening its network of blockchain capabilities already endorsed at EU level.

Once a Bitcoin exchange, and now a money services and payments platform, Circle is among the most well-funded blockchain startups, attracting $136mn in investment from the likes of Goldman Sachs and Baidu. In September 2015, Circle received the first BitLicense issued from the New York State Department of Financial Services, and in April the following year the British government approved the first virtual currency licensure to Circle. It has since ceased to operate its Bitcoin wallet service (the preferred customer exchange being Coinbase – the world’s second highest funded blockchain platform), stating that it is "now more than ever not a consumer Bitcoin exchange, and will continue to focus resources on global social payments and future next-generation blockchain technology". Circle still allows money transfers, with its blockchain focus targeting peer-to-peer payments and no-fee foreign payments services, which it calls ‘free cross border payments’.

However, CEO Jeremy Allaire claims the company is still the “second largest crypto asset trader in the world” using Bitcoin and Ether, directly trading over $1bn in cryptocurrency each month. “We don’t enable direct consumer trading. We market make on all major exchanges and provide OTC (over-the-counter) liquidity services to institutions,” explains Allaire. Circle is experiencing significant growth working with decentralised currencies as a behind-the-scenes player.

R3 is endeavouring to develop distributed database technology for the financial sector while heading up a consortium of major bodies, including some of the world’s biggest banks and other investors. Founding members included the likes of J.P. Morgan, though the group experienced an exodus of sorts, seeing some integral members, including the American Investment Bank and Goldman Sachs, leave. Despite this setback, R3 rallied by pulling in $107mn in a funding round and keeping the consortium firmly in the running as a major blockchain player.

Building on the defining characteristics of blockchain systems – consensus, validity, uniqueness, immutability and authentication – R3 has developed Corda for financial applications. CTO Richard G Brown explains R3 is not necessarily building a true blockchain, but utilising key elements to provide a tailored solution. “Unlike other designs, our starting point is individual agreements between firms. We reject the notion that all data should be copied to all participants, even if it’s encrypted. Secondly, our focus is on agreements: the need to link to legal prose is considered from the start. We know there will still be some disputes and we should specify up front how they will be resolved. Thirdly, we take into account the reality of managing financial agreements; we need more than just a consensus system. We need to make it easy to write business logic and integrate with existing code, as well as focussing on interoperability, supporting the choreography between firms as they build up their agreements.” Now launched, R3’s Corda partner network has grown to include over 60 companies such as Hewlett Packard Enterprise, Intel and Microsoft.

In 2014 SKUChain's founders saw a unique opportunity to develop blockchain as a standalone technology, distinct from cryptocurrencies, that could be applied to other use cases in an enterprise context. The supply chain offered a scenario where numerous parties were already accustomed to interacting with imperfect trust. "There is an incentive to collaborate, but taking out the trust factor was a significant opportunity," says Ranga Krishnan, Vice President, Technology at SKUChain. "We think of blockchain as a way to make IoT (Internet of Things) actionable. Where before you had sensors on humidity, temperature or location and this data was actively used by companies for informational purposes, you can now have these signals attached to the blockchain triggering execution of contracts, enabling true automation of your supply chain. We are chairing the new supply chain working group at the Trusted IoT Alliance (an open source software foundation), and we continue to work with other standard-setting bodies critical for adoption of scale to be accelerated."

Through SKUChain’s Popcodes (Proof of Provenance codes) Tech and Brackets platform for smart contract governance and execution throughout the purchase cycle, organisations can place their entire supply chain ecosystem onto a permissioned blockchain network. Staying lean until it's ready to scale, initial commercial deployments are happening – SKUChain is working with a range of Fortune 500 companies with large supply chains so expects strong growth once its tech is proven.

Swift provides financial messaging services incorporating security measures, making it a key influencer in the world of blockchain. It has garnered interest from the likes of Lloyds Bank and JPMorgan to test a proof of concept (PoC) of a Swift blockchain application. This initiative is targeting another area ripe for disruption, the management of international nostro accounts (a bank account held by a UK bank with a foreign bank, usually in the currency of that country) in real time. There are 27 organisations involved in the testing process including Standard Chartered and Deutsche Bank. The stature of the participants is a strong indicator of the weight this new application may carry. “The distribution ledger technology PoC supports Swift’s goal of making cross-border payments more efficient – a mission we have championed through Swift gpi, which offers customers fast, transparent and traceable cross-border payments,” says Wim Raymaekers, Head of Banking Market at Swift.

Specific challenges to industry-wide adoption include the need to develop unique value propositions in response to the different levels of sophistication, automation and past investments of banks. Swift believes it is crucial that integration with legacy back office applications and co-existence with current processes is taken into account. “Preliminary results from the distributed ledger technology PoC are positive for this use case,” reveals Damien Vanderveken, Head of R&D at Swift. “Significant progress has been made, but it is still early days for the latest generation of blockchain technology, and it will take time before it is mature and scalable enough for mission critical applications.”