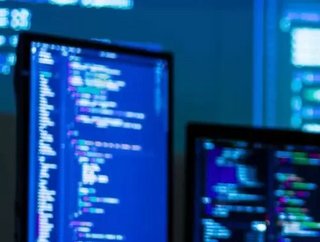 A global survey of 700 CIOs suggests that cloud integration is putting IT teams under too much pressure, with operatives spending almost half of their time on manual, routine work just ‘keeping the lights on’.

The independent study, conducted by Vanson Bourne for Dynatrace, suggests the cost of maintaining operational systems is $4.8 million per year.

More than half of CIOs (56%) said they were rarely able to fulfil all the IT needs of the business, and IT team workloads were expected to increase by 27% in the next year.

Figures from the report suggest IT teams are struggling to keep on top of digital projects, with 74% of tech leaders claiming the increase in cloud-native technologies and platforms would lead to more manual effort and time spent ‘keeping the lights on’.

The frenzied pace of change was cited as a challenge, with 61% of CIOs saying their IT environment changes every minute or less, and 32% saying it changes at least once a second.

They estimated that increased use of automation in cloud and IT operations could reduce time spent keeping systems running by 38%, saving large organisations $2 million per year on average. At the moment, fewer than a fifth of repeatable operations processes for digital experience management and observability have been automated.

Bernd Greifeneder, CTO and founder at Dynatrace, said, “History has shown successful organizations use disruptive moments to their advantage. Now is the time to break silos, establish a true BizDevOps approach, and deliver agile processes across a consistent, continuous delivery stack. This is essential for effective and intelligent automation and, more importantly, to enable engineers to take more end-to-end responsibility for the outcomes and value they create for the business.

“The benefits of IT and business automation extend far beyond cost savings. Organizations need this capability – to drive revenue, stay connected with customers, and keep employees productive – or they face extinction. Increased automation enables digital teams to take full advantage of the ever-growing volume and variety of observability data from their increasingly complex, multicloud, containerized environments. With the right observability platform, teams can turn this data into actionable answers, driving a cultural change across the organization and freeing up their scarce engineering resources to focus on what matters most – customers and the business.”