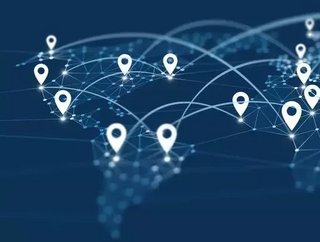 We take a look at the innovative application, What3Words, that is saving lives using three simple words...

What3words is an intelligent geocode system used for the communication of locations with a resolution of three metres. The app encodes specific geographic coordinates into three words; the encoding is permanently fixed so it will always be accurate. An example of a location is///spooky.solemn.huggers, or //voice.gofted.agree. The application uses a grid of the entire globe made up of 57 x1012 squares of 3 metres by 3 metres. Each individual square is then given an address composed of three dictionary words. These three-word addresses are available in 43 languages.

What3words is more advanced than most of its location encoding competitors due to its location being displayed using three words rather than large and complicated strings of numbers or letters. Having a location being described by three words means that emergency services can pinpoint where you are and reach you much quicker than telling them a long address or sequence of numbers. Many emergency services teams now understand and accept the three-word addresses from callers who would otherwise struggle to say exactly where they are and where the help needs to go to. what3words has helped first responders locate many people in need of emergency assistance quickly and easily, resulting in the saving of lives in some instances.

It is very simple to integrate what3words into your existing software and this can be completed using just two lines of code, meaning this comes at a very small cost and effort for the emergency services, or any business who wants to integrate the system to improve the customer experience.

Nick Lyal from the team at Bedfordshire Police responded to a serious road traffic incident and through the help of what3words, they were able to respond quickly and save the victim's life, he said; "A serious injury road traffic collision had taken place. what3words was used by the control room to identify where the accident had taken place. As a result, the first aid saved their life"

What3words’ innovative technology could save your life one day, download the app here and stay safe.