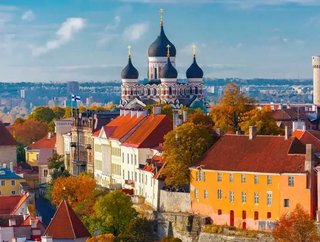 The global fintech market is undergoing spectacular growth, particularly in the US and Europe. While global investment fell overall in the first half of...

The global fintech market is undergoing spectacular growth, particularly in the US and Europe. While global investment fell overall in the first half of the year, driven by a slowdown of Chinese venture capital commitments, the overall value of deals in the US rose by 60% to $12.7bn.

Outside of the US - and the UK, which sees remarkably high investment in fintechs - the drop in APAC investment is driving an explosion of investment in new fintech hubs across the world, in emerging and previously overlooked markets.

Home to about half a million people (a little more than a third of the country’s population) Tallinn is the heart of Estonia’s burgeoning startup scene. Fintech is a huge part of the country’s ongoing economic growth and a mixture of savvy private and public sector collaboration is driving hopes for Tallin to rival London, Tokyo and San Francisco as a hub for fintech in the coming decade.

There’s a fintech startup in Tallinn for every day of the year except Christmas.

Nina Angelovska wrote for Forbes earlier this year that Estonia “is the land of e-everything, a digital nation and a smart society--the digital pride and a role model for all Europe. Citizens can vote online, get a prescription from a doctor online, pay taxes online, sign documents using their smart device and access any public service online.”

According to research done by World Finance, Estonia has one of the highest ratios of startups per capita in Europe, and a significant number of them are geared towards fintech - 29% of new jobs in the country are in the fintech sector.

A great deal of this growth is being driven by the country’s e-residency programme. The (sort of) visa allows anyone to start a business in the country and run it remotely, which has attracted significant foreign investment to the country, largely centering on Tallinn. Pope Francis is even an e-resident.

The direct impact of the program is estimated to have been about $15mn, and its second iteration is being hailed as an exemplary digital transformation initiative.

Here are three of the most exciting fintechs that call the city home.

A global funding, investing and research platform for startups and venture capitalists founded in 2013, Funderbeam mines data from various public and private sources, including CrunchBase, to create valuable insights.

Through its Marketplace, Funderbeam allows investors to trade their investments to one another as startup founders pitch for funding. Founded by Kaidi Ruusalepp and Urmas Peiker, Funderbeam’s platform launched in 2016.

Characterised at the “Stripe for identify management,” Veriff was founded in 2015 by 20-year-old CEO Kaarel Kotka. The company seeks to become an identity verification service for companies like Airbnb and Uber.

At the age of only 14, Kotka was looking for a way to buy biodegradable twine for hay bales he needed on his family farm.

Due to being 14, eBay didn’t allow him to sign up for the service. “He quickly photoshopped the picture of his ID to state that he was born 10 years earlier and could order the rope he needed.” Years later, he came across similar verification systems that could be fooled just as easily and began thinking of a way to improve these systems.

Now, Veriff has accumulated more than $11mn in funding to use video verification to capture and verify document data across different registers.

Bondora is a P2P lending platform for unsecured personal loans and automated investing. The platform claims to have 9000+ investors from 37 countries and 100,000 borrowers across three countries.

It’s received more than $7mn in funding so far and claims its users have generated more than $36mn over its 11 year history.