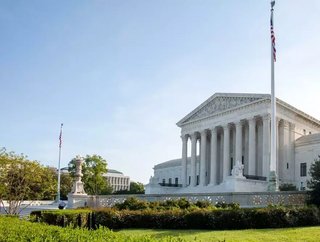 The legal fight between Google and Oracle over the use of Oracle’s Java API in Google’s Android operating system has come to an end...

An epic, ten-year long legal battle between tech giants Google and Oracle has seemingly come to a close following a ruling in the United States Supreme Court.

The spat began in 2010, when Oracle sued Google for copyright infringement related to copied code in the latter’s Android operating system - the world’s most popular smartphone OS. Google claimed the code, part of Oracle’s Java API, should in fact be counted as “fair use” and thus not be subject to copyright.

A lower court had previously ruled in favour of Oracle, but the Supreme Court’s verdict has now overturned that decision, with its ruling resting partly on the opinion that enforcing Oracle’s copyright could lead to problems for developers, considering how widely used the Java API is.

The Opinion of the Court read: “given programmers’ investment in learning the Sun Java API, to allow enforcement of Oracle’s copyright here would risk harm to the public. Given the costs and difficulties of producing alternative APIs with similar appeal to programmers, allowing enforcement here would make of the Sun Java API’s declaring code a lock limiting the future creativity of new programs. Oracle alone would hold the key.”

Oracle did not mince words in its response, with Dorian Daley, the company’s Executive Vice President and General Counsel, issuing a statement reading: “The Google platform just got bigger and market power greater—the barriers to entry higher and the ability to compete lower. They stole Java and spent a decade litigating as only a monopolist can. This behavior is exactly why regulatory authorities around the world and in the United States are examining Google’s business practices.”

The Court concluded by saying: “We reach the conclusion that in this case, where Google reimplemented a user interface, taking only what was needed to allow users to put their accrued talents to work in a new and transformative program, Google’s copying of the Sun Java API was a fair use of that material as a matter of law.”